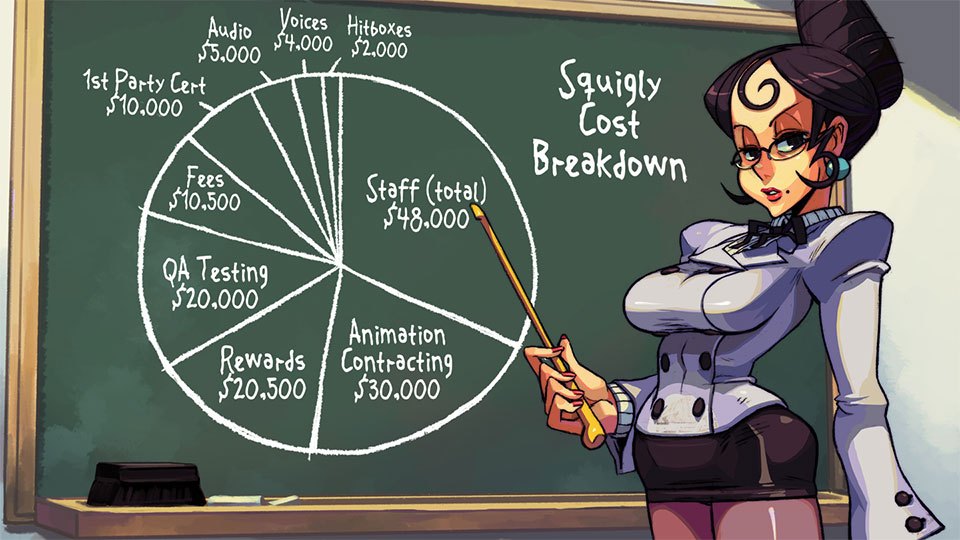 Skullgirls creator Autumn Games launched a Kickstarter campaign a month ago so that they could fund adding a new character to the game w/o having to charge for DLC (what they estimate as being about $150k).  I was going to post about this back when it began but didn’t think that it was that interesting of a story, there’s just way too much math in the above picture to interest me.  However the Kickstarter didn’t just hit the goal mark, it blew it up with a grenade launcher and danced on the corpses that remained hitting a whopping $829, 829.  What does this mean you ask?  Well the free DLC just got a whole lot sweeter and now is the perfect time to pick up a copy for yourself!  Check out this list of free goodness: