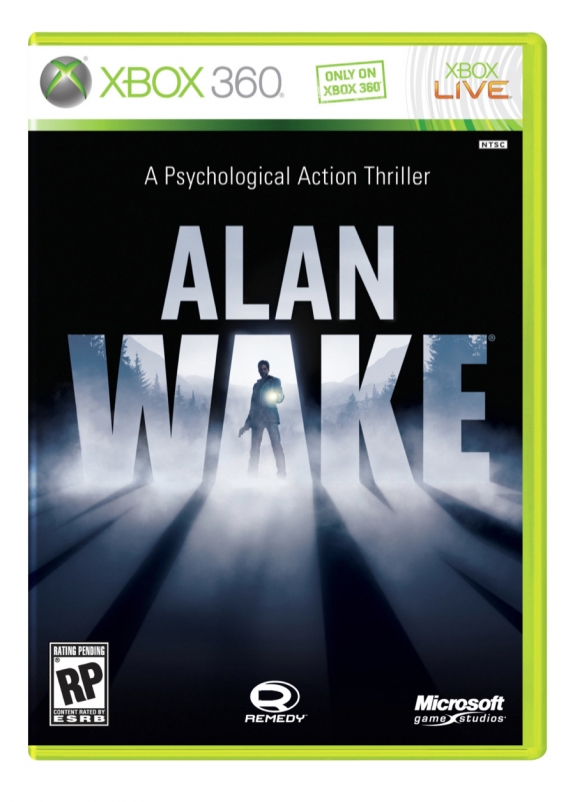 Time : About 15 hours with really looking for collectables.

More gaming in the bargain bin, I’m taking full advantage of the sales out there for the holiday shopping season and trying to help you to see if you want to spend your cash as well.  Alan Wake was recommended to me as I really like games with a good story, ie Heavy Rain, and I like survival horror, ie Resident Evil.  Well put these two together and you Get Alan Wake right?  Well…..

Naw.  Lets start at the top.  Alan Wake is a survival horror game, more than anything else, with a decent story.   You travel through the world looking for things that go bump in the night and shine your flashlight on it so you can then shoot it.  The story of Alan Wake is for sure where the game shines as  Microsoft did a great job building a world that is fun and different for a 3rd person survival horror game.  I’ve never shouted BOOKCEPTION so many times in my life as the story seems to twist and turn in crazy ways similar to the movie Inception.    Graphicly the game was so so.  Since 90% of the game takes place in the forest at night all of the environments looks the same, however they did a great job with the lighting/shadow effects, this isn’t new technology but it was still done rather well, and when you did have some scenery it was …nice.   However, the character models when talking was ugly as hell.  Shit most of the time the mouths just seemed to open when talking and close when not, it  looked cheap and dated, thankfully the voice work in the game was pretty well done.  Speaking of voice work, I know I had more than one chuckle at the Enemies “taunts” when they attack you.   Nothing is quite as funny hearing a Creepy voice say “The graveyard shift may cause cancer” or “Modern camping equipment is lightweight!” as they attack you with a knife.

What I really Liked about Alan Wake is how it handled the survival horror genera.  Instead of going for cheap jumps or gory thrills the game really focused on the anticipation of fear.   Some of the “scariest” parts of the game come from nothing happening or the few moments before something happens.   It was actually really one of the first games that I really felt the suspense and would constantly check my back.   Unfortunately, however, the game is stupid easy.  Even playing on hard, and nightmare,  I rarely had any deaths except for stupid mistakes on my part.  This ultimately takes away from any “fear” you might have had, as you know that you will be able to blow away anything that comes your way.  Also the game is nice enough to show you where enemies are coming from so you have no worries of being attacked from behind 0_O.  Like, dont worry,  here are the scary men, Now use your magical flashlight to scare them away….

Some final gripes on the game.  Aside from it being too easy and the characters mouth syncing up,  the game really is boring combat wise.  Don’t pick up this game thinking its going to be Gears of War with Ghosts, as most of the time involves you slowly running in the forest. Also  in all reality there are only 4 enemy types, little guy, big guy, fast guy  and a possessed item.  Birds do attack you but unless you just stand still and do nothing they will never kill you.  So basically  every battle ends up the exact same,  use flashlight to remove “darkness”, shoot with gun to kill, mix up order, repeat.    Also what is up with these lame ass boss battles lately? It seems more and more that games are taking away the Epic boss battle and just putting in an ending event (see Rage)  at the very least Alan Wake DID have a “Boss battle” and it was entertaining, but there was no challenge.

Despite its few flaws Alan Wake is a fine and dandy Bargain Bin pick up, well worth the $15-$20 you can get it for, but it didn’t leave me jumping in anticipation for any of the DLC or eventual sequel.