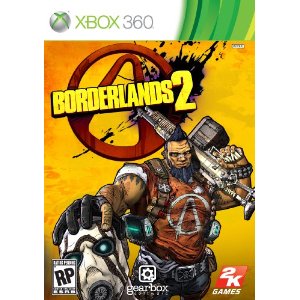 Derping around on the internet today I found that, according to Amazon.com, Borderlands 2 will be released on June 30th 2012 and is available for pre-order.  Now Amazon does this stuff all the time and its not a sign for you to get all happy and take time off work, but it is cool to have an idea of when you can take off from work.  Also typical in Amazon style they will give you a $10 credit when you pay for the pre-order yadda yadda yadda.

The Borderlands 2 official website also states that the game will be released some time after April 1st, and GameStop being the least optimistic saying it will be released in September.  Only time will tell but I still am hoping for a solid summer release!