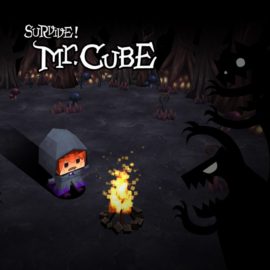 Survive! Mr. Cube is a Rogue-lite action game with the story of a man called Mr. Cube who has to escape from an unknown mysterious world in order to get his life back. Most of the elements in the game are randomly selected when starting from the beginning after the permanent death of your character which means there is no way of retaining any sort of progress from your previous character except the golds you’ve earned. To give players a tip of advice, the players rather kill the character on purpose until finding good geared character as each characters in this game have different weapons, HP and SP level.

Following my current Rogue style trend I’ve been on, I recently picked up a copy of Survive! Mr. Cube. Survive! Mr. Cube is a true brass tacks Rogue style experience, if you like the idea of knowing nothing and just finding a way to survive in a ever increasing difficult, world then you may have found your new favorite game.

Gameplay:  Like other popular rogue games, Survive! Mr. Cube is a twin stick shooter, with your left thumb controlling your movement and right thumb controlling your attack direction.  Attacks range from swords to shotguns and even magical abilities, each with their own strengths and weaknesses depending on the enemy you are facing.  Since 99% of this game is pure luck I have found each play through to be either feast or famine, where you will have either a super easy experience or the toughest game of your life.  Dying, while still a pain, doesn’t always mean starting from square one.  Each death restarts you with an entirely different character who will have base stats/weapons way stronger or weaker than your previous character, this also takes away any chance of strategizing or speed running… its all random baby.  One thing that really sets Mr. Cube aside from other rogue games, like Issac or Subarea, is that each “room you explore” is freaking HUGE, requiring a lot more exploration.  Not only are the areas much larger but each area is covered with a “fog of war”, so the only way to see what is ahead is to keep moving and keep attacking.

Graphics:  Characters and enemies have a “boxel” art style applied to them.  Much akin to chibi mincraft characters or old school polygon figures.  These retro characters stand out from the surprisingly lush landscapes and almost feel out of place, which may be on purpose to help you see what to kill next.  Regardless since you will mostly be running for your life and attacking within the fog of war its not like you will notice much anyway.

Gripes:  If there was ever a game to play while using Spotify on your PS4 this is it, from repeating music to basic/borderline annoying sound effects there isn’t any reason to play this game with the audio on.

Controls are a bit wonky and will likely result in more than a few “unfair” deaths.  The mobile aspect to this game is apparent and while the layout is ok, its clear that the game was originally conceived as a mobile game.

As long as you don’t rush it the the first few levels/zones are pretty easy, with tons of health and power pick ups.  Later levels however, all bets are off, whatever gear you have by then is worthless and almost every enemy becomes a tank.  This unbalanced play makes restarting a chore more than usual as you slog through the easy levels again and again.

No health indicator on enemies. every single mini-boss, level boss or tough enemy you encounter will need to be hit, A LOT, and with no idea how much damage you are doing its tough to decide on a strategy.  Most of the time you just end up running in circles around the poor enemy AI just pelting it with magic or whatever you have until it finally dies.

At its core Survive! Mr. Cube is honestly one of the most pure rogue like experiences you can have.  From trial and error gameplay to completely random everything it is easy to see that a lot of blood sweat and tears went into it, however large fall backs with controls and audio keep it from being great.  If you are a hardcore Rogue fan and need another challenge, you will definitely find your fix in Survive! Mr. Cube. 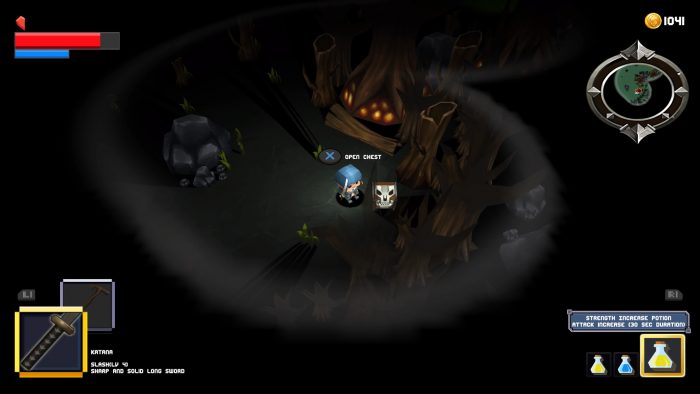 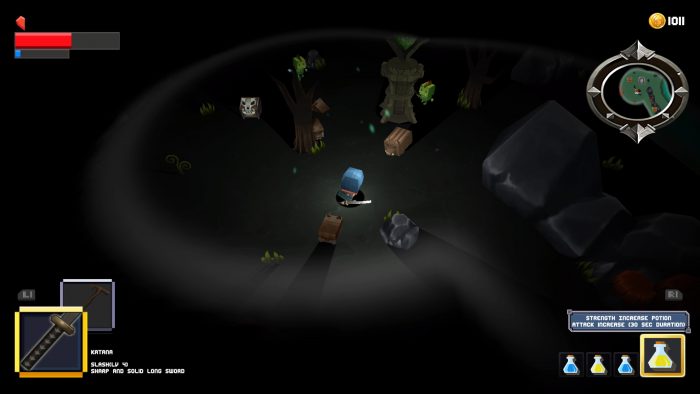 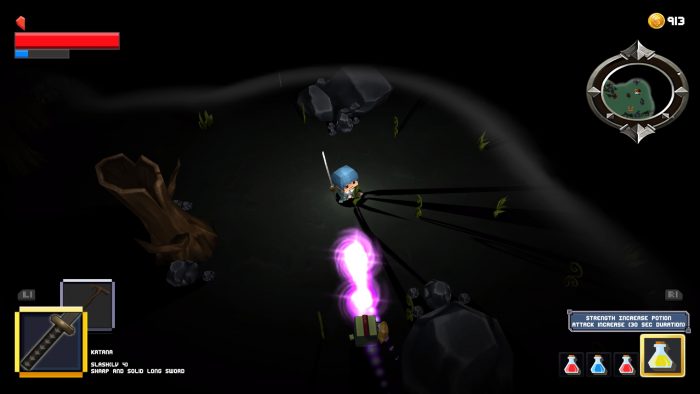 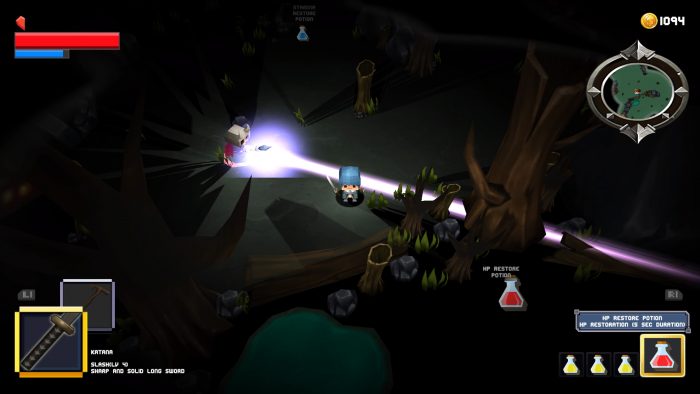 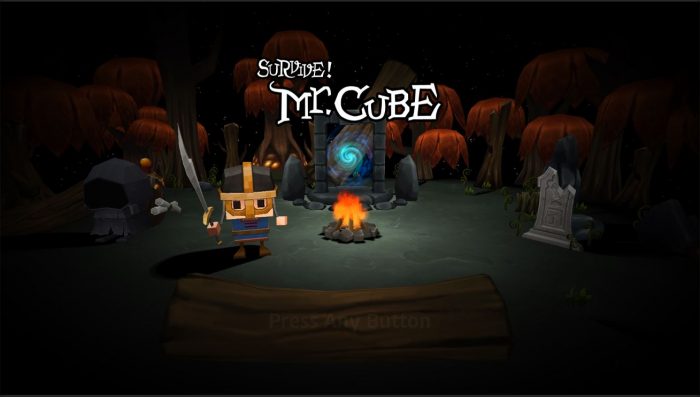