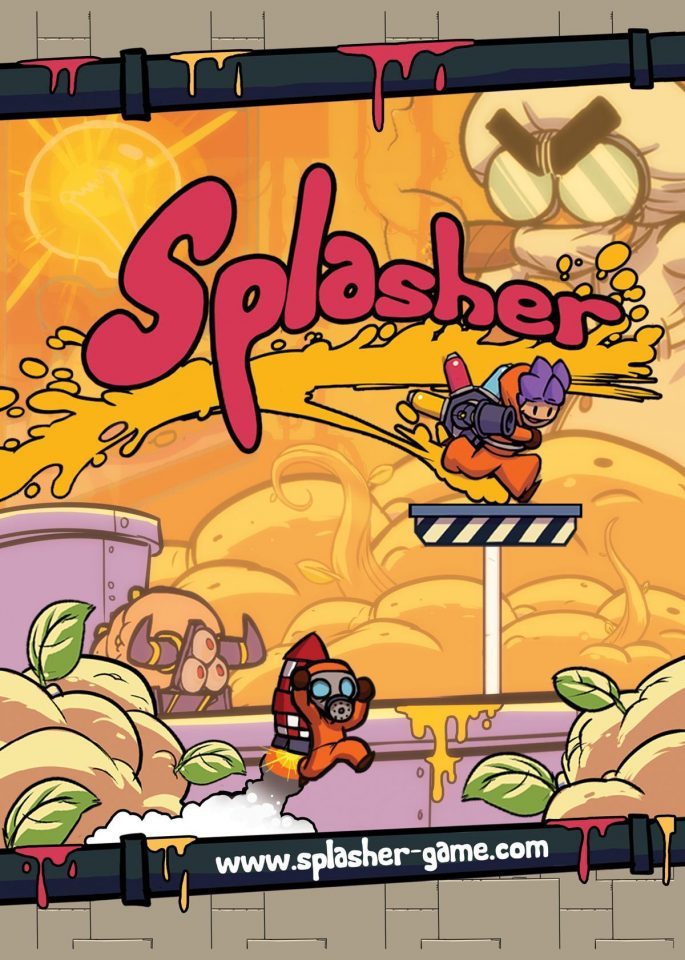 $14.99
Set in a crazy cartoon universe, Splasher is a 2D platformer with unique arcade/action gameplay. Armed with a splatter cannon, a purple haired young hero launches an attack on a paint factory in order to save the workers - called the Splashers - and stand up against the evil boss: Le Docteur!

When I first heard of Splasher it was pitched to me as Super Meat Boy made from some of the same Designers as the Rayman games.    I loved the hell out of Rayman Origins/Legends, but the thought of breaking my hands over more SMB levels had me second guessing my sanity.  What I found is that Splasher is a perfect marriage of both games.

Quick and Dirty: Splasher plays like any other twitchy platformer, relying on timing and accurate controls.  The good news is that after a short learning curve the controls were pristine and responsive. I never felt like a death was cheap or more than just my own impatience/lack of skill.  Pacing is rewarding as well, the first few levels are fun and exciting allowing you to zip through with ease with that special feeling that you are “crushing it”.  It isn’t until the final few levels when the Platforming Gods bring the pain…  Like seriously, I spent more time on the final 3 levels than I did on the other 19 combined.  Thankfully the reload times are almost non-existent allowing you to die again and again quickly.

Gameplay:  After completing the main story line I saw a lot more similarities to the Rayman games than I did to SMB (buzz saws and wall climbing aside).  From the cutesy art style with dark undertones right down to the counting of  collected ink (ie Lums… I mean the collected ink is even yellow so its not like they are hiding it).  I honestly would even put Splasher as a spiritual successor to Rayman Origins/Legends as its chalk full of the same fast paced platforming and puzzles that made the recent Rayman games so memorable to me but adds a little more challenge that the Rayman games were lacking.  I also found the length of each level to be perfect, with that special balance of “Oh Man Ive only just made it to the first check point” to “Fuck when is this shit ending”.   Each time I hit a checkpoint I would do a little sigh of relief and chuckle to myself as I finally made it pass whatever obstacle I was working on and at the same time I never felt like a level was cut short or too small.  As for the speed and action, I found myself audibly gasping or laughing as I was constantly surprised, both when I would die unexpectedly or when I actually make it through by the skin of my teeth.   Keeping with the Rayman theme Splasher also had other Splasher doods (called “Splashers” *eyeroll*  I am going to call them Splasher doods) to rescue throughout each level, much like the Rayman Electoons.  Six Splasher doods were hidden in each level, in either precarious hard to reach areas or in “Quarantine zones” that acted like little mini puzzles or mini bosses.  You needed to rescue all Six doods in order to save the 7th Golden Dood with your accumulated….ink…points? What are these called… InkCredit, Inkurrency? why are we collecting Ink in the first place?….Anyway,  add these Doods to an already challenging platforming section and you got one hell of a timing platformer to work out ahead of you.

Sound: Much like SMB and Rayman there wasn’t any actual voice work in Splasher, just corresponding sounds from enemies or the”Le Docteur” (ugh) who would mostly just laugh and flip you off.  However the music is spot on, fantastic songs that would easily set the pace and urgency without distraction and the slowdown effect upon death was a fantastic “bummer” cherry on top…as dying should be.

Splasher has a lot of great parts to it without a ton of complexity.   At its best Splasher works as a great intro to hardcore platformers and/or speedrunning as a whole, however those looking for a platformer to hold them over until the next Mario game may find Spasher too challenging. 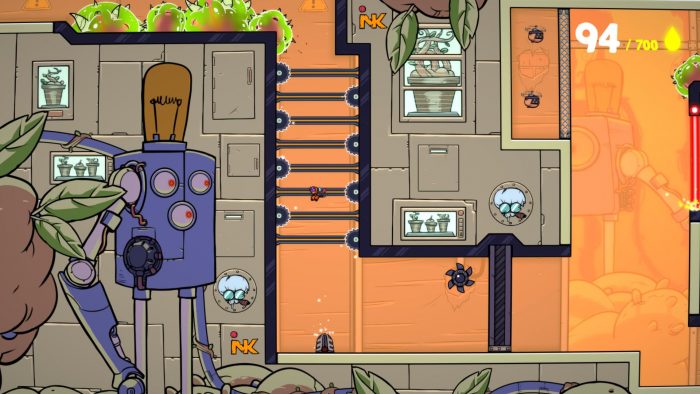 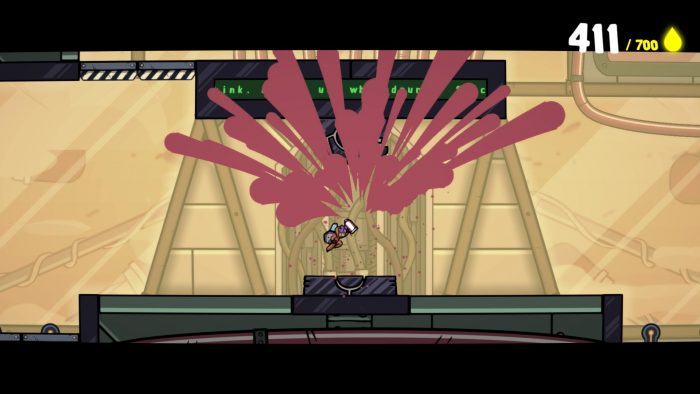 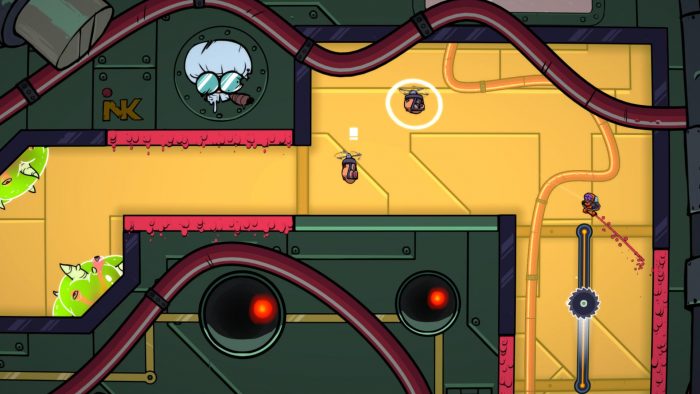 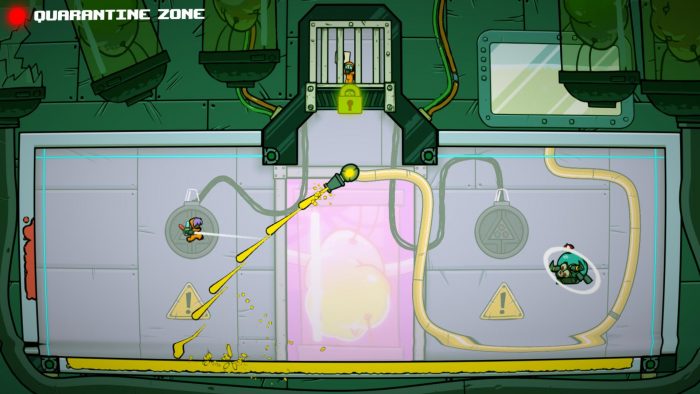 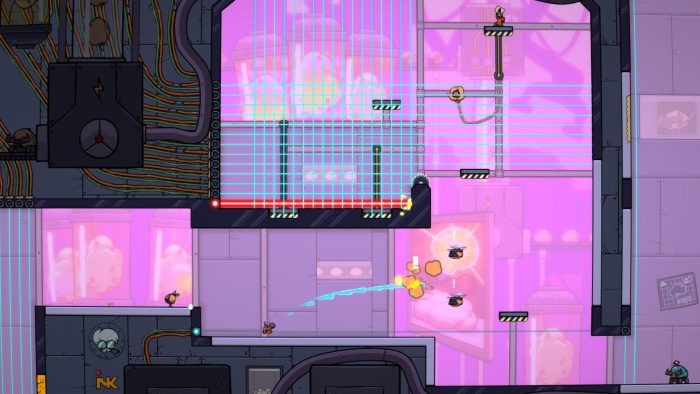 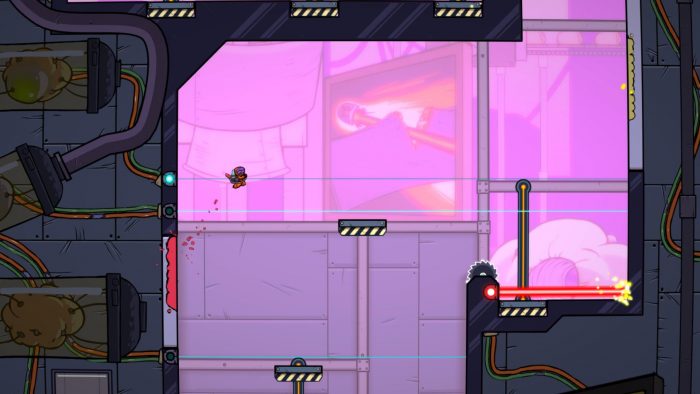 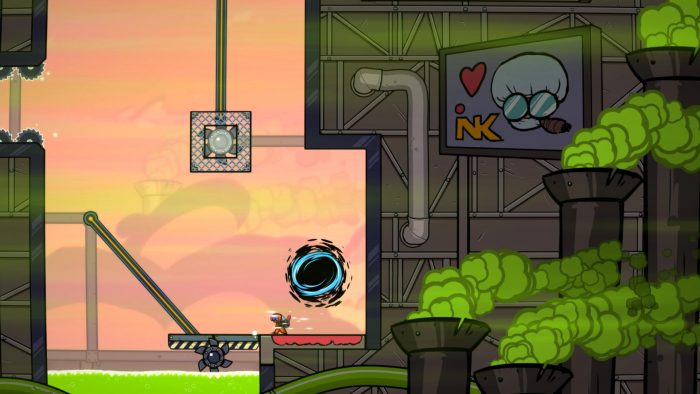 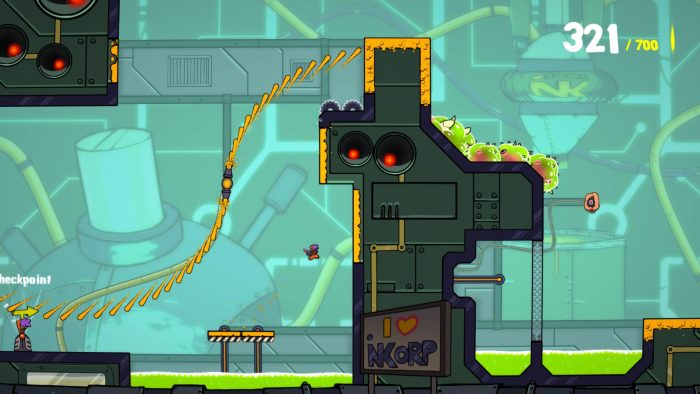 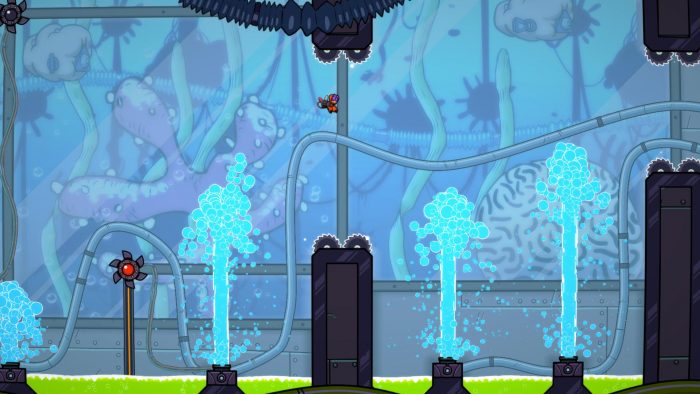 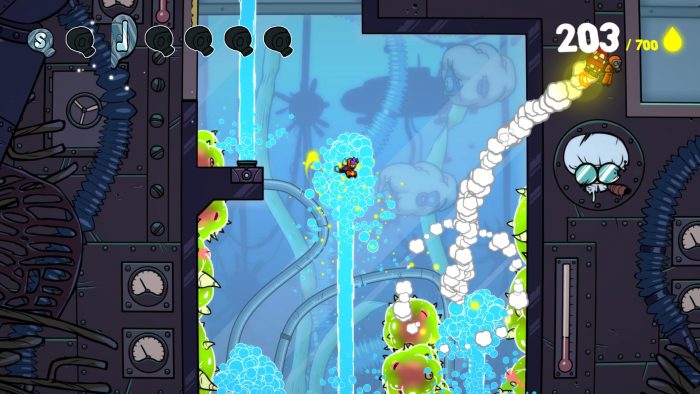 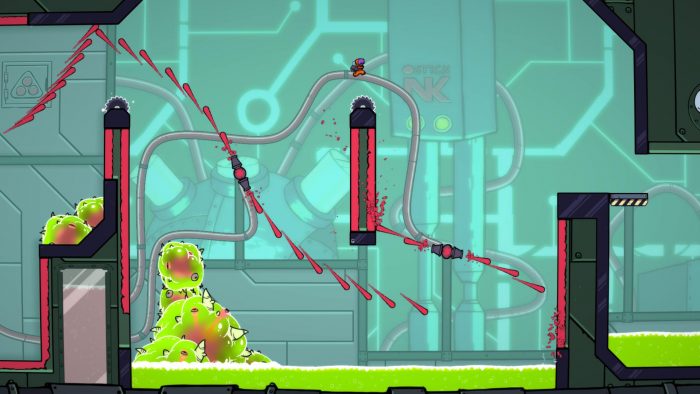 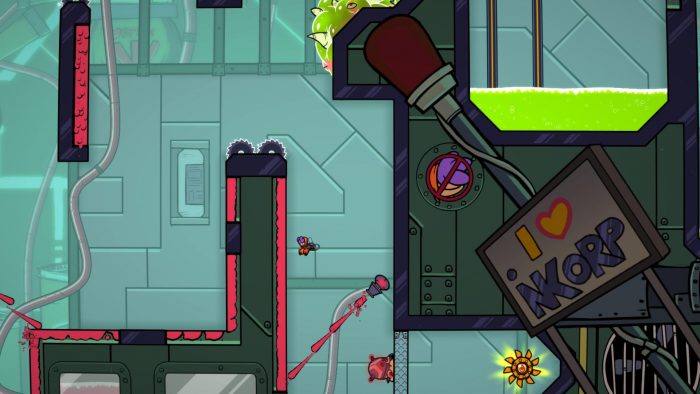 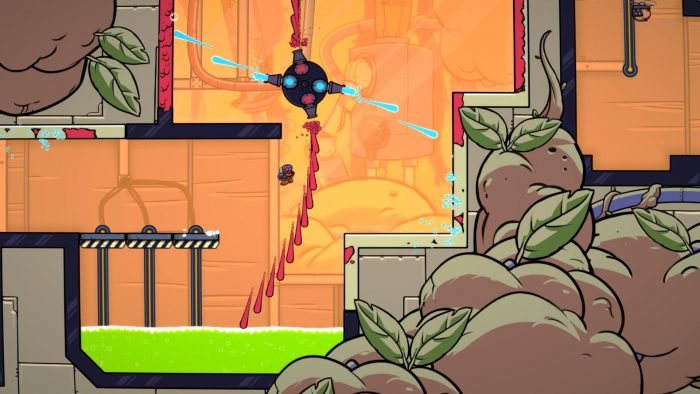 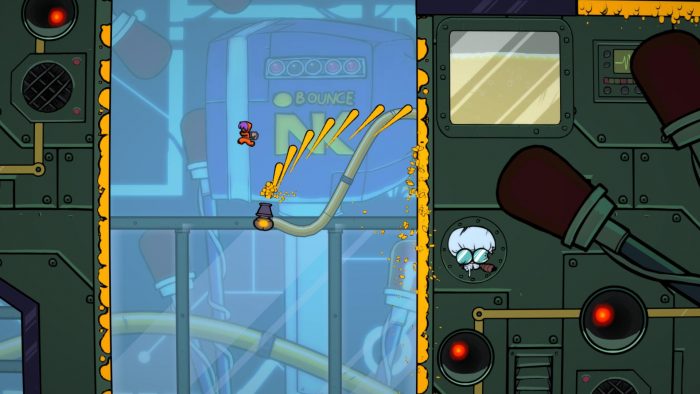 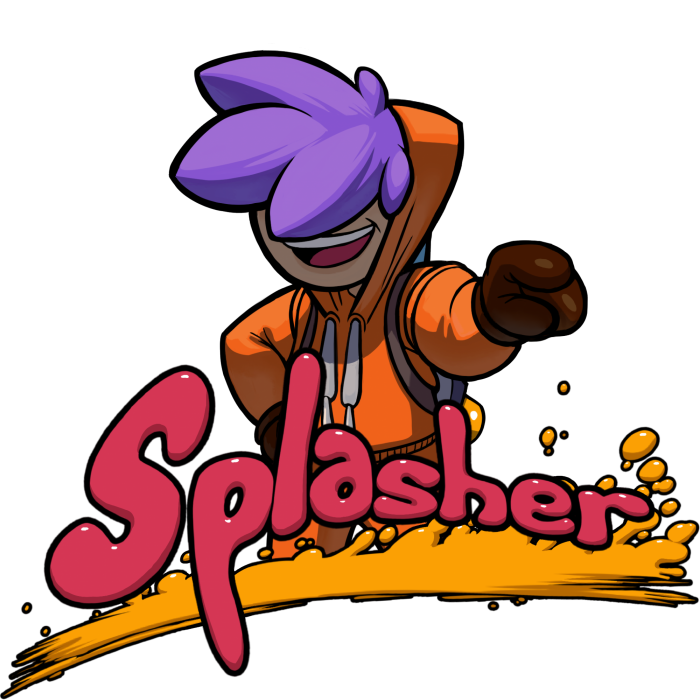