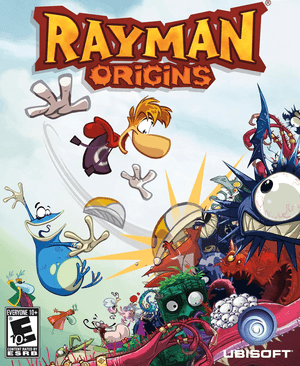 Rayman Origins caught my eye a few months ago with its art style, currently I have a love for that crisp clean detailed look, and Rayman delivered in more ways than one.  Naturally in IBeatItFirst.com style I waited before picking this one up for $29.99 (new) not bad for a still semi new game.  What followed was the biggest grin of my life.

Remember when you were a kid and you would play games like ToeJam and Earl and couldn’t help but smile at all the crazy stuff going on?  Yeah this game is like that but waaaay more “Radical”.  Every level felt so expertly detailed and crafted I couldn’t help but smile the entire time, just like the first time I played Little Big Planet..but more old school.  Rayman Origins is your old school basic platformer, but super charged to today’s standards of game play.

Graphics:  If you like bright colors then you found the mother load.  The bright happy dream world was very welcomed to my library of dark brown games.  Ill be the first to admit however that the game is REALLY cutesy like over the top cutesy..ie everything has a smiling face style.  “Oh well that means this game is only for kids” No, actually far from, if you still enjoy Super Mario this is no worse and is way more fun.

Gameplay:  What starts off as a typical platformer (only 3 buttons used in the game) quickly turns into one of the most challenging tests of fortitude when playing a game.  Some of the later levels require spot on timing and quick reflexes, so much so that the average (or easy to anger) gamer and kids may want to make sure to take it slow.  However the rewards are well worth it, from flying on a mosquito to swimming with sea dragons the game has all the charm one could possibly ever hope to see in a game.   If this was a Mario or Sonic game it would be hailed as the best side scroller since Super Mario Bros 3, yes its that good.  Even after beating everything in the game I found myself coming back again and again just to play a level or two.  Especially the fantastic boss battles, this game had some more epic boss battles then other huge titles like Rage (Y U Always the butt of bad examples?)  I could gush about this game more but I’ll start to give stuff away. 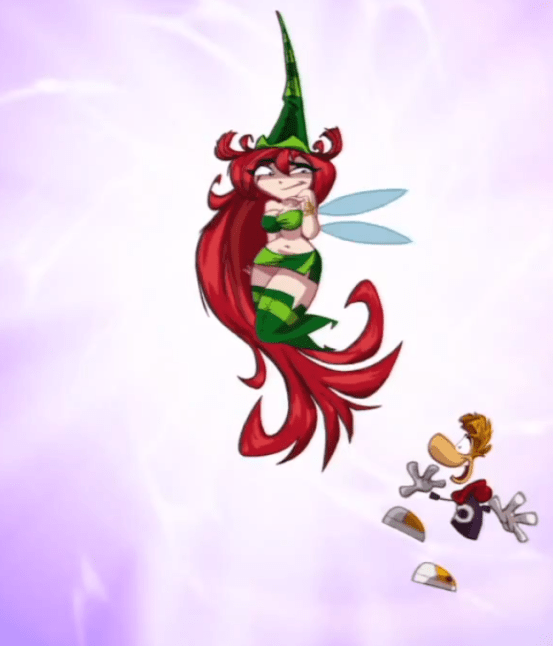 Sound:  The music in the game is just as charming as the game itself, its been a long time since Ive had video game music stuck in my head (and enjoyed it).  The music in the water levels alone is well worth the price, nothing like swimming with the fishes listening to a song that sounds like the singer is under water (hard to explain, but trust me its fun).   The characters in the game all speak in Pig Latin or Gibberish style depending on who you are talking to makes for even the most basic of conversations to cause a chuckle, especially from the Nymphs.

Gripes:  Of course every game will have some down sides, obviously this game has a hard niche to find, as the game is very cutesy but demands some strict discipline in the later levels.  However, my biggest gripe is the end level count down.  At the end of every level you count up how many Lums you collected, Lums being the equivalent to coins or rings, if you get 350 in a level you get a medal.  Now that’s all well and good but I hate watching the meeter count up over and over again with no way to skip it, you can just glance and see that you did/did not make it but NOOOO the game wants you to watch all the Lums fill up a little beaker.  The good news is this is my only major complaint.

All in all if you love platformers, get this game, you wont regret it, Ive had the most fun with Rayman Origins  and the challenge it gave me.  Rayman Origins has secured its self a place on my “Do not Trade in” Shelf.  Matter the fact, writing about it has made me want to play it again…bye.