What was every 80’s gamer clamoring for a few years ago?  A “real” new Mega Man game to play and Capcom delivered on that, albeit without Keiji Inafune who is the real source of that nostalgia.  That’s ok because a successful Kickstarter campaign and Square Enix have come to fullfill your fantasies, whether they were warranted or not.  I had high hopes for the game when it was first announced because I hadn’t played a “real” MegaMan game in years, but then Capcom pretty much answered that need with a slew of MegaMan games, both new and old, for the PS3.  Now that Mighty No. 9 is here, I’m not 100% sure that it’s creation was necessary.  It certainly has all of the great parts of MegaMan, robots, power absorption, an arm blaster, and a great dash attack, but is it really better?  My first thoughts are yes and no.  Yes it does a better job creating a 3D robot in a 2D plane than MegaMan has been able to do, but I’m not sure that the speed of the gameplay keeps the game relevant to today’s standards.  MegaMan games are supposed to be hard, but this demo just seemed like a succession of oddball jumps that would cause damage 9 out of 10 times.  There are some changes to the formula that we were welcome though; they made the dash attack a quick defeat/absorption technique that gives temporary augmentation in addition to the normal boss power absorption and the character modeling/landscapes work really well together.  However, I’m not completely sold on whether not it’s a drastic enough jump to be considered a anything more than a bit of a clone.  We’ll be able to give a full review of the game when it releases on 9/15/15. 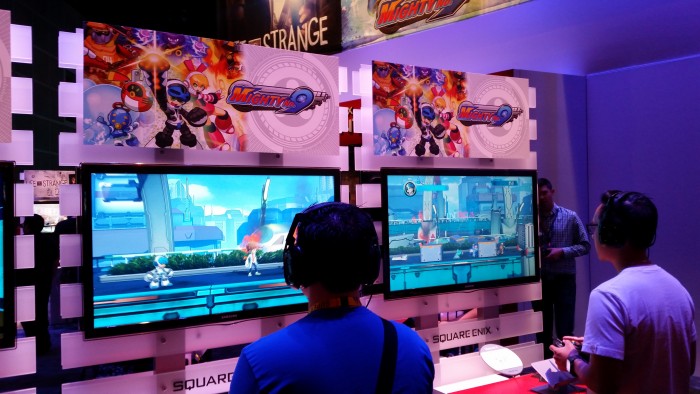 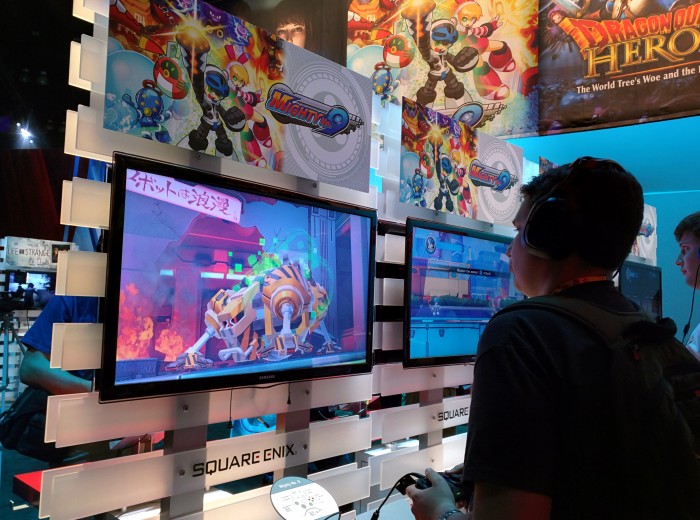 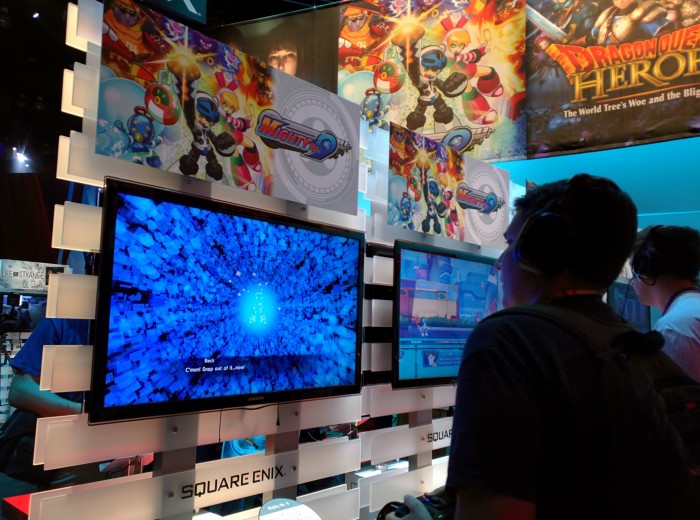 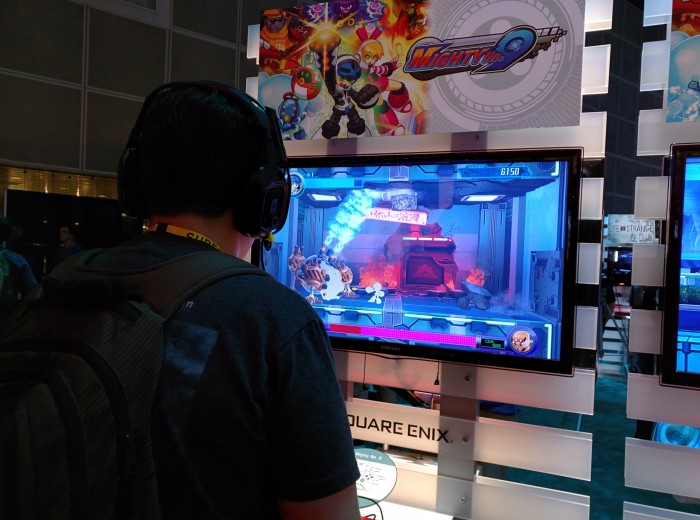 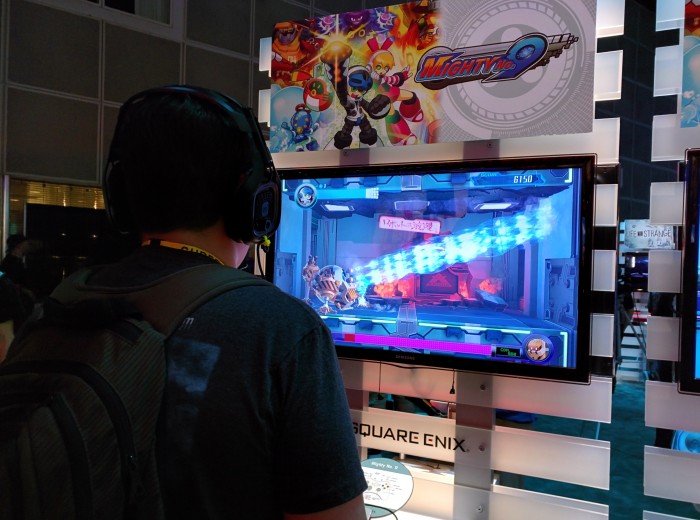