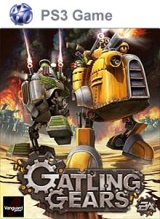 So I downloaded and played the demo for Gatling Gears the other day and threw the 1.75 level shooter through its paces.  I was intrigued by the design of the game, a steampunk mech game with lush landscapes (most steampunk is done with a muted pallet) and plenty of explosive action via 2stick gameplay.  What I found was interesting and showed that they really succeeded in obtaining the game and gameplay they were shooting for.

If you read other reviews you may find that their tone when reviewing this game is a little different than mine, and I will tell you why.  When I was younger I loved having my friends over for hours playing co-op games to our hearts content (or we would even take turns playing single player games).  Now that I’m older (almost 30 at this time), and have unfortunately moved to the completely opposite side of the county from my gamer friends, I’m relegated to playing primarily single player fair by myself and talking to my friends when we meet up every week or two.  Once you add in the advent of everyone working jobs at different times, it then makes playing even online co-op virtually impossible.  That being said, it is hard for me to take full advantage of all of the features of Gatling Gears.  The game does have an option for a random pairing online but you are then hoping that there is someone somewhere in the world looking to start that game or level at the exact same time. 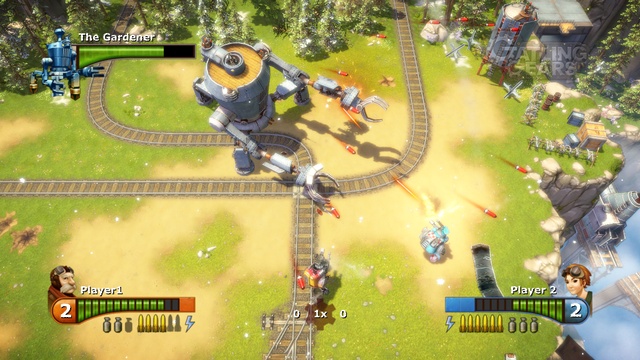 I will say that the game looks and sounds great.  It controls well, firing is precise, and there is a good mixture of weaponry to switch through on the fly to make the 1 man against an entire army manageable (short range Gatling gun, long range grenade mortar and straightforward cannon).  The big problem that I have is that it’s REALLY hard to play, on any setting other than medium, without playing co-op with a buddy.  The issues lie with only having one character on the screen for the enemies to shoot at (I know it’s a little on the nose, but it’s the truth).  With the limited range of your Gatling gun, it makes it hard to get in close enough to fire at the enemy without losing your ability to dodge their bullets.  They alleviate this a little bit by allowing you to buy upgrades for the strength and range of the weaponry, but it still doesn’t solve the problem.  Any easy fix would be if your Gatling gun could shoot down all projectiles, but that may end up making the game a little bit too easy. 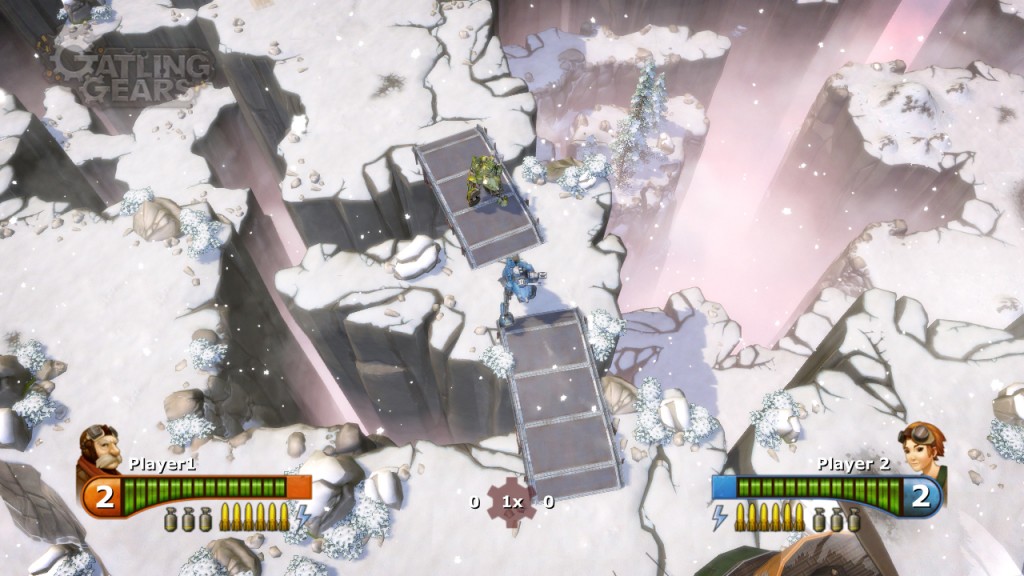 When playing the game solo on Easy, the game is almost a little bit too easy.  While I couldn’t make it to the end of the first level at all on Medium, I made it through to the stopping point in level 2 with every life on tap and never once dropping in to the red for my life bar.  Playing this game with a buddy helps make the game a lot easier, and the promised 10 hours of co-op gameplay is appealing to the pallet, but in the end it’s a co-op only affair unless you want the ridicule of only being able to play a game on easy.  That being said, at this time I will not be buying this game but may if it gets a discount on the PSN someday.  If that’s the case, expect a full review from me letting everyone know…I BEAT IT FIRST!