You might not have heard of Bloody before, a company started by Taiwanese company A4-Tech in 2002. Bloody builds gaming mice and keyboards similar to Corsair, Thermaltake, Logitech, and Razer, and they are very much worthy of being mentioned in the same sentence. 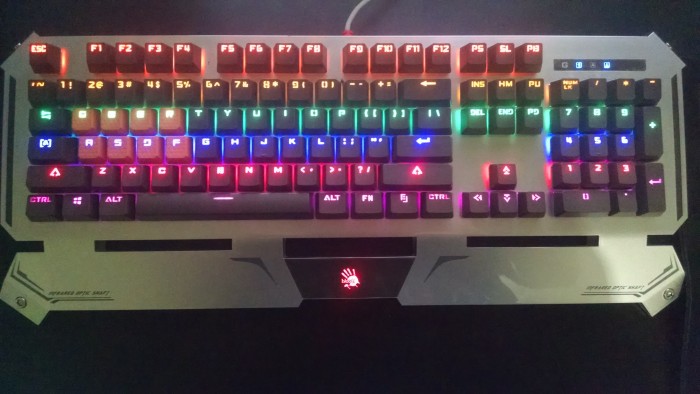 All of us here had the chance to check out Bloody’s product offerings at E3 this past summer, and their Light Strike technology easily won our best hardware of the show award. Checking out what they had at E3 was a double edged sword however, as I left the show and headed home to Arizona knowing I now had a new keyboard purchase in my future. I was happy with my non-mechanical Thermaltake keyboard with it’s fan to keep my hands cool, but after E3, I knew I had to join the mechanical master race. Here we are now, and the B740A is released in all it’s mechanical glory, and my wallet is $160 lighter. 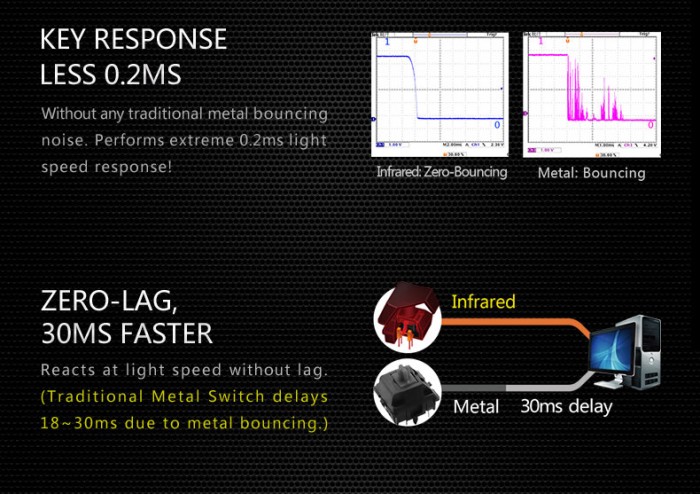 So what set’s this keyboard apart from the others? The biggest thing is every key has it’s Light Strike technology. What is lightstrike? It means instead of the mechanical switches having two contacts come together to register a keystroke, each keystroke is registered by the switch breaking up an infrared laser. That’s right bitches, this mechanical keyboard has lasers. These lasers make this the fastest mechanical keyboard you can buy, by about 30% per keystroke. It also eliminates double clicks and give you cleaner keystrokes, making it a very accurate keyboard.

In the tragedy that you spill your Mountain Dew or beer, or whatever on your precious, Bloody has added a little wall around each key to keep such spills from getting inside and damaging the circuit board. If you were to spill on this keyboard, all you would need to do is remove the keys and wipe it clean. Pretty handy for when you downing Red Bulls in your all night WoW sessions. 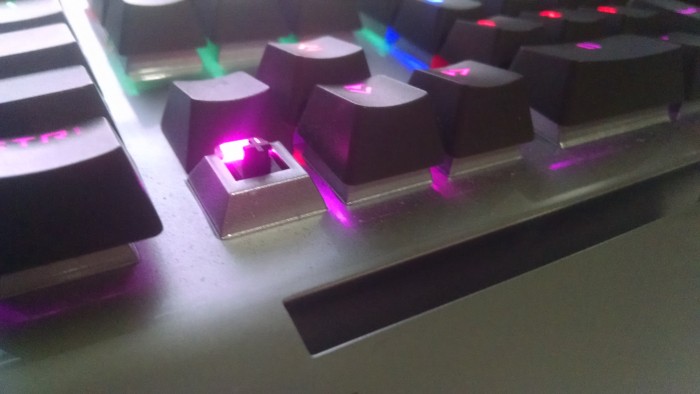 Ok, so it’s pretty cool, but how does it stack up against other mechanical keyboards? This being the only mechanical keyboard in my possession, I headed down to my local Best Buy and Fry’s Electronics to get some hands on time. These were not in depth tests as I only had a few moments with floor models, but I came away with a few impressions. 1.) Don’t buy a Razer. Seriously, the keyboard that was on display was the Blackwidow Chroma, and it felt cheap and crappy. Not just compared to the Bloody B740A, but also to Logitech (G910) and Corsair’s (K65) offerings on display. 2.) Logitech and Corsair make a very good mechanical keyboard. The Logitech had a heavy, tight feel to it, while the Corsair a lighter feel. The B740A I own I would say is a medium feel, in between the two. 3.) The Bloody B740A is superior to all of them. The feel of the switches and the features it has just sets it apart. If you are in the market for a new keyboard, make sure to check out Bloody, or you’ll be sad you didn’t. I for one have zero buyer’s remorse.