The day has finally arrived. The July Akibento box is finally here. The month’s theme was Battle features items from Attack on Titan, Dragonball Z, and Naruto. Needless to say, I was pretty excited to get my hands on this box. So let’s dig in, shall we.

Well that was full of awesome. Let’s break down each of the items. 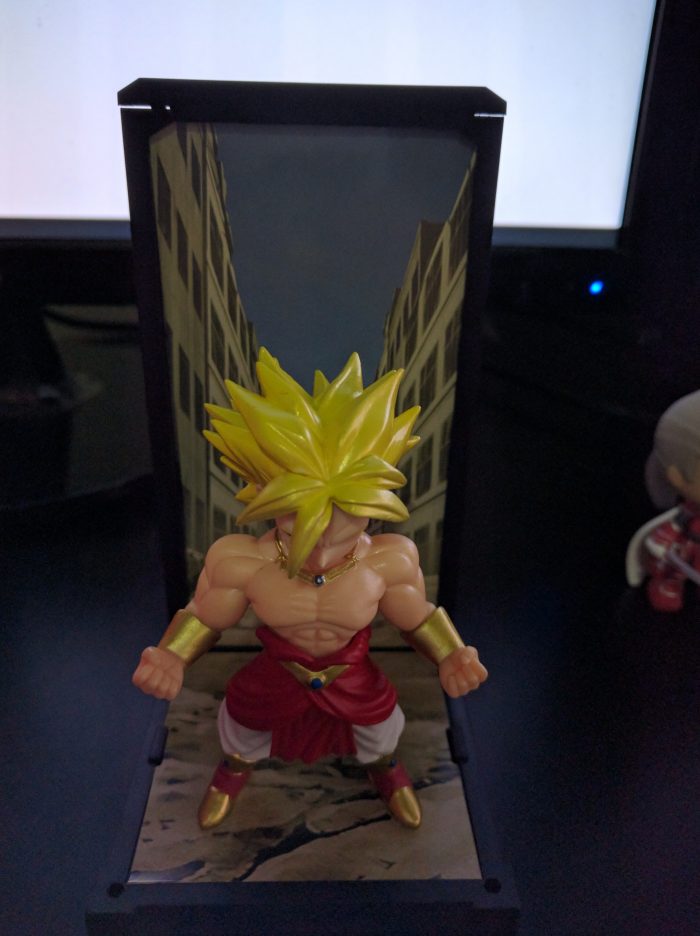 I had the chance to get 1 of 7 Dragonball Z tamashii buddies figures, and the one I got was Super Saiyan Broly, and he’s pretty fucking badass. 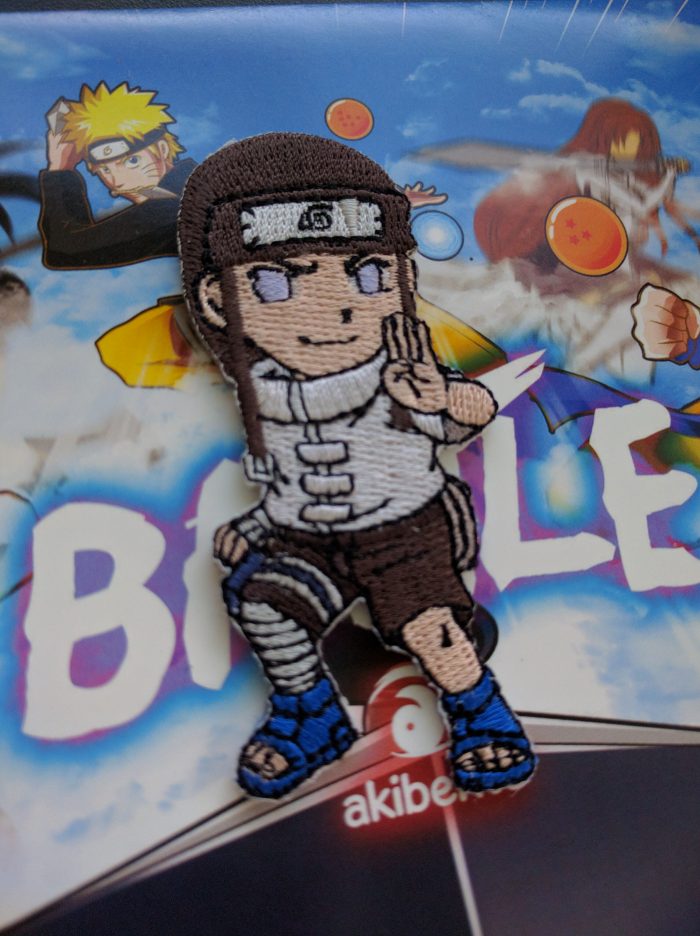 This month’s box also featured 1 of 5 Naruto patches, which might come in handy as decoration for my crunchyroll messenger bag. 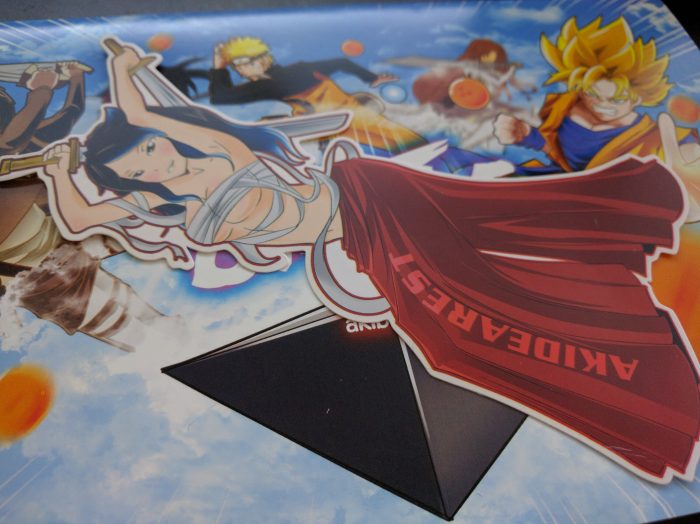 The featured YouTuber for July was Akidearest, and this is her sticker, which reminds me of Fairy Tail personally. 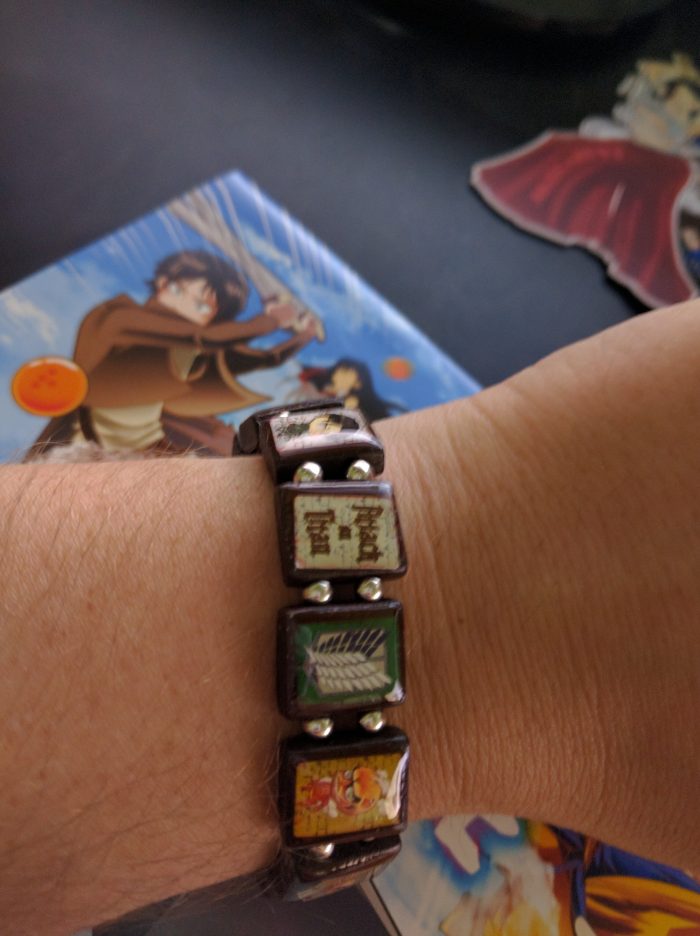 Here’s the Attack on Titan bracelet featured in the video. I’m not a huge bracelet person, so I likely won’t be wearing it much, but it might be nice to wear at cons. If you like Attack on Titan, I highly suggest you check out Kabaneri of the Iron Fortress on Amazon Prime. It’s similar to Attack, but I find it to be much better. 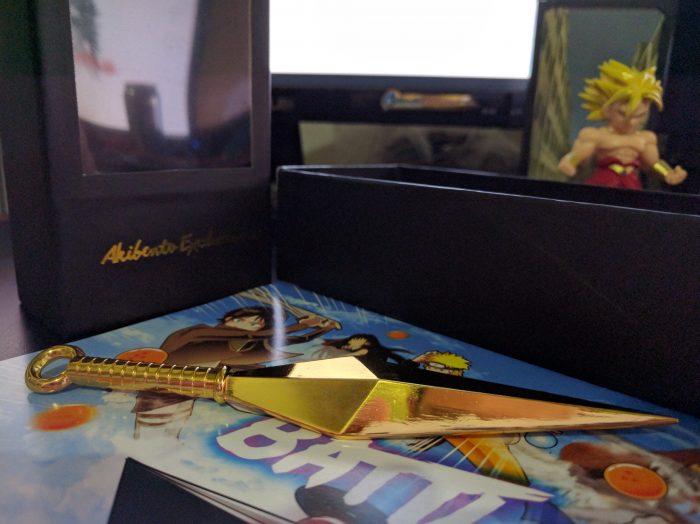 The Kunai knife is an Akibento exclusive, and is my favorite part of this month’s box. This thing is seriously badass. It’s solid metal, so it’s got a nice weight to it as well. 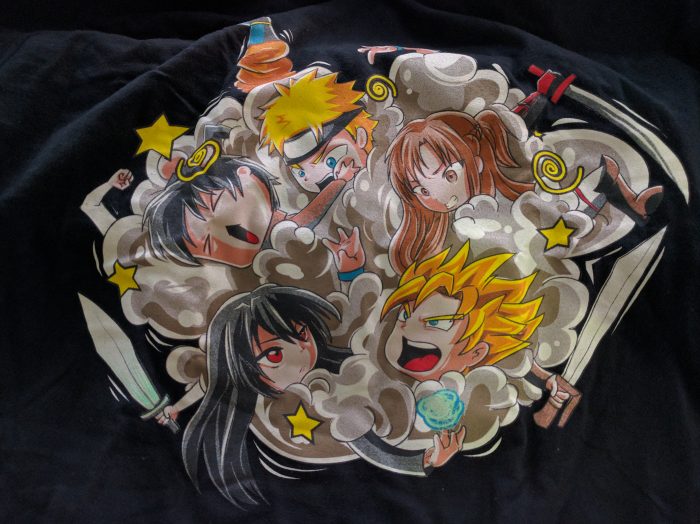 This month’s shirt is a mash up of Dragonball Z, Akame Ga Kill, Naruto, Attack on Titan, and Fairy Tail, all thrown into a battle with each other.

There you have it, that wraps up the Battle box. What was your favorite item in this month’s box? Post a comment below, and if you haven’t subrscirbed yet, I highly suggest you do. They have been killing it with the themes lately and you can sign up here.