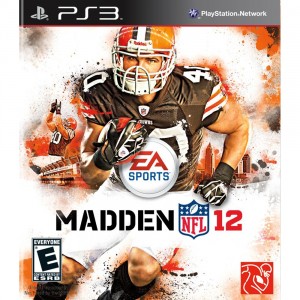 Ok, I know that this may sound a little odd anyone who has been around gaming long enough knows that “The Curse” is a real contender in the NFL.  For the uninitiated, “The Curse” is pretty much whomever is on the cover of Madden for the year will have major setbacks and injuries throughout the year.  This years cover boy is no exception to this rule.  Peyton Hillis has been inactive this year as he has been active, ranging from the flu, to contract negotiations, to now a hamstring injury that has kept him sidelined for the last 3 Sunday’s.  Over the last 10 or so years, there has only been 1 exception to the rule, 2010 when both Troy Polamalu and Larry Fitzgerald were on the cover.  While Larry was never injured Troy was out pretty much all season with 2major injuries at the beginning and middle of the season (presumably taking Larry’s brunt of “The Curse”).  Now the only question left is who do you want to see have their career destroyed next year?

3 thoughts on “PSA: the Madden Curse is REAL!”