Planetside 2 released on PC one year ago, 11.20.2012, and has seen numerous updates. We’ve seen the vehicle Harasser added, a new continent (Hossin, still on public test server), battle islands, a major optimization update, and the announcement that all this is coming to PS4 sometime early next year. I for one, am very excited for Planetside 2 to come to the PS4, as it is such an excellent game I’d love to share it with my console brethren, and at the low low price of free, it won’t cost any extra to do so, heck, you won’t even need a PS Plus account for online play with Planetside 2, since being a Free to Play game removes that restriction. 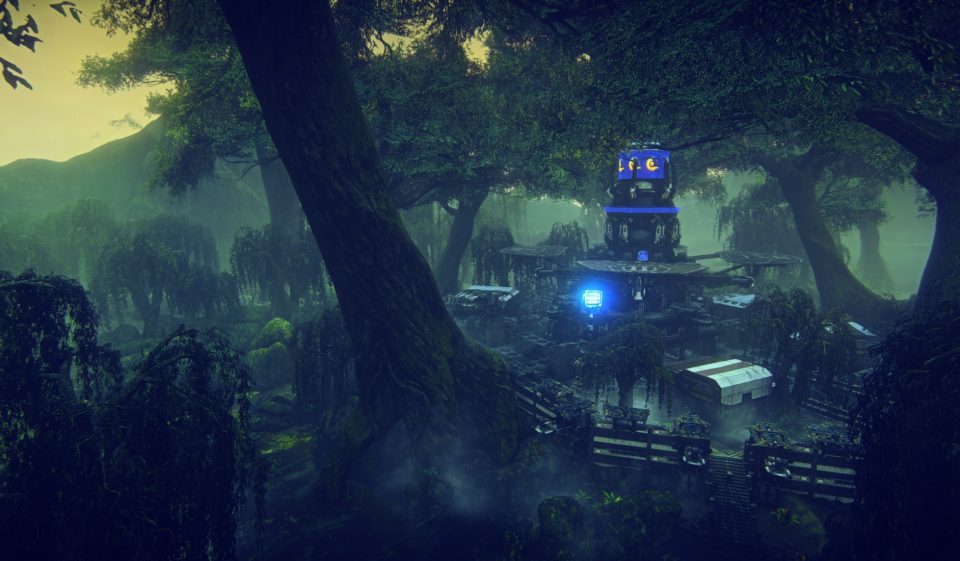 How good is the game? Does it stack up against BF4 or other shooters coming out this holiday season? It’s no secret I love Planetside 2, even naming it my game of the year for 2012. Planetside offers a very unique experience, as it isn’t limited to  32, or even 64 player combat. This is an MMOFPS, so there is as much as 2,000 players fighting it out over massive continents for control. This isn’t about capturing a few points like in Battlefield, but capturing entire bases, gaining territory and pushing your enemies back. Enemies, not enemy, as this is a 3 for all, with 3 varying factions fighting for supreme control. You take a base, you move onto the next one, and its up to them to take that base back from you. No load screens waiting for the next level (unless you decide to travel to another continent), just you traveling there to take it. Being as such, you can get into massive firefights that rage all night, and are something you absolutely have to experience if you love shooters, but then there are times when you’ll hear crickets because the fighting is somewhere else. Never fear, there are systems in place to find the action, like…Quick Action. My favorite however is to join up in a squad, and go to whatever party their at. This is a sure fire way to experience what Planetside 2 is all about, which is large scale, team oriented combat. Battlefield is good at teamwork, Planetside is fantastic at it. Four 12-man squads form a Platoon, each able to have their own waypoints, with the platoon also able to have one as well. This, in addition to voice chat, allows you to orchestrate 4 separate targets, rushing your enemy from all sides if you so wish, or all converging on one point.

The combat mechanics are what you are used to of a modern shooter, headshots and all that. Planetside has different classes, each with their own unlocks. You got your Combat Medic which can heal and revive people. Heavy Assault packs a LMG and a Rocket Launcher. The Engineer can deploy manned turrets or repair vehicles and Maxes. Infiltrators have a clocking ability, can hack terminals, and pack a sniper rifle. The Light Assault class get nifty little jump jets that allow them fly up onto a roof top or over a wall. Then there is the previously mentioned Maxes, that are mini-mechs with heavy armor and massive weapons attached to each arm. These weapons can be flak cannons, miniguns, triple barreled shotguns, or large laser weapons. Each faction has different weapons that suit their unique style. As you play, you earn Certifications that can be spent to level up abilities, for example, the Combat Medic can upgrade it’s medical applicator tool to have a longer range, heal/revive faster, and revive with more health. They can be also be spent on a new scope, or silencer for your weapon, or a new weapon altogether. They work the same on vehicles. Cosmetic upgrades however will require cold hard cash. New weapons can also be purchased with cash, but things like a scope, or a better medical applicator cannot. 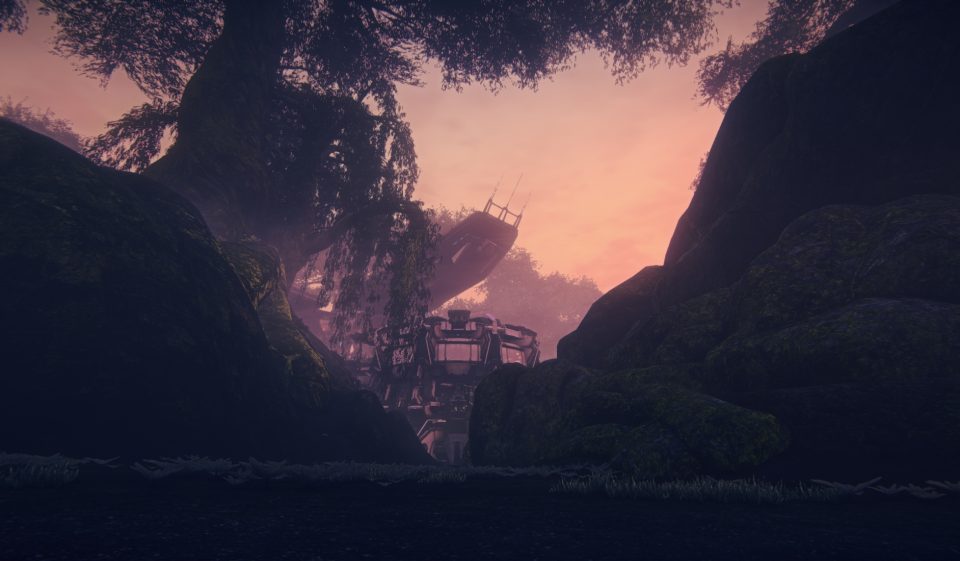 The three factions to choose from are Terran Republic, who are the established military and have a rounded military look, and use high rate of fire weapons. The New Conglomerate are hired mercenaries by the corporations on the planet of Auraxis and have a more edgy look, and use slow but powerful weapons. Finally the Vanu Sovereignty are made up of engineers and scientists who have defected to embrace the aliens who used to live on Auraxis and thus have an alien look, and use energy based weapons.

So, why do you want to conquer bases other than to kill those who would oppose your quest for world domination? Well you get resources, resources that allow you to spawn aircraft and ground vehicles, as well as being the spawn points for these vehicles. Everyone has their own pool of resources, so if you have a full platoon of 48 and decide you want 48 main battle tanks, or 24 of them, with 24 people manning the top gun, then you can go ahead and spawn those. How can you stop a tank column that large? Aircraft can quickly become to bane of a tank column, same with Heavy Assault jumping out from around the corner with a rocket launcher. Or you know, you could always fight fire with fire and spawn a tank column of your own. 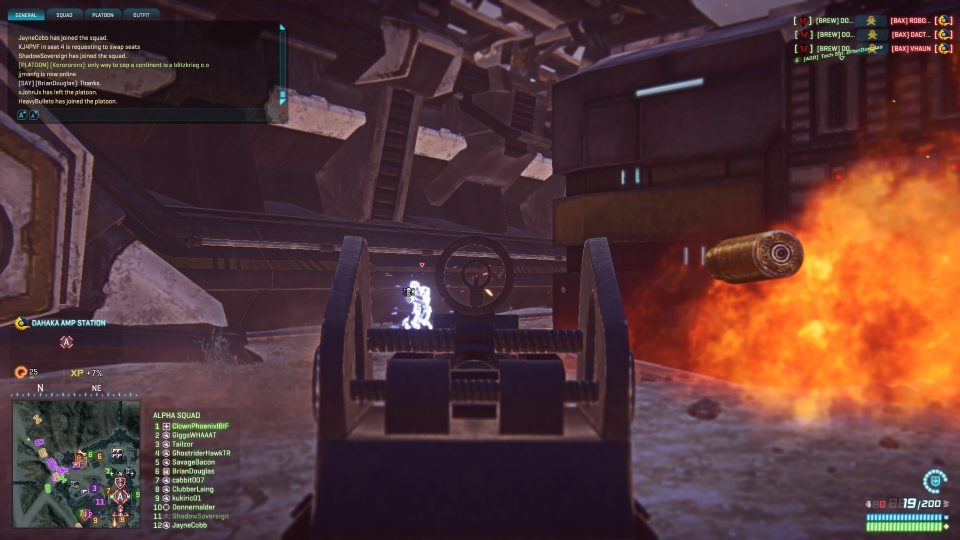 Gripes, I must have gripes right? Well the game did crash on me after the first of many optimization patches, which I blame BF4 for that one, making it “cool” to crash. I biggest complaint though is more of a 1% type complaint, and that is that while it technically works for Nvidia 2D Surround with my 3 monitors, it is far from perfect and actually makes vehicles damn near impossible to drive. It has some work to be done on that end still. It can be hard to get up to speed with the game at first, but given time, it’s a lot of fun and you can find the action right away.

How does it stack up against the latest and greatest? Quite well actually. The graphics are up to par, and can be breathtaking at times. This isn’t Crysis graphics, but some of the scenery can make you go “Wow” at times, which is very impressive for such a large game. More on to what I said before, Planetside offers a truly unique, persistent, massive scale experience that you just have to play that you can’t get in any other game. Think of Planetside 2 as Halo on steroids. And with that, we here at I Beat It First would like to wish Planetside 2 a very happy 1st birthday. Here’s some numbers of what has happened in that year: