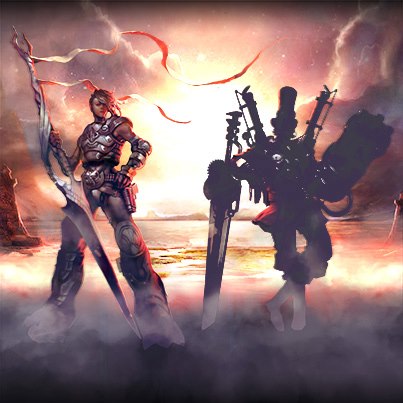 If you don’t know what ChronoBlade is yet, now is the time to start gearing up.  The ambitious Facebook game has finished it first rounds of Beta and it’s not half bad.  I’ve played with my Beta account a few times and it seems to flow pretty well with varying attacks and is a pretty fun side-scrolling beat-em-up (although it would control a lot better with a gamepad than just the keyboard).  The 3rd character to be revealed is Thera and has a good back story.  Bonus points go to nWay Games for not making their female warriors the typical big boobed & scantly clad women we usually find in games.

Thera was once a renowned commander on her world, the proud Minova, but as is the fate of many worlds she saw hers burn by the will of the Empress of the Chronarch Empire. For some time Thera searched the husk-worlds left behind by the Chronarch Armada, looking for clues to use against them, and dedicating her life to avenge her people.

She joined the Pact hesitantly, bringing her considerable knowledge of warfare and the Chronarchs with one provision: should the Pact find the Chronarch homeworld, she would lead the assault herself. Although she joined with misgivings, she is now beginning to see the Pact as a second family. On Minova she lost battle-sisters who were dear to her and she is determined not to lose her new companions the same way.