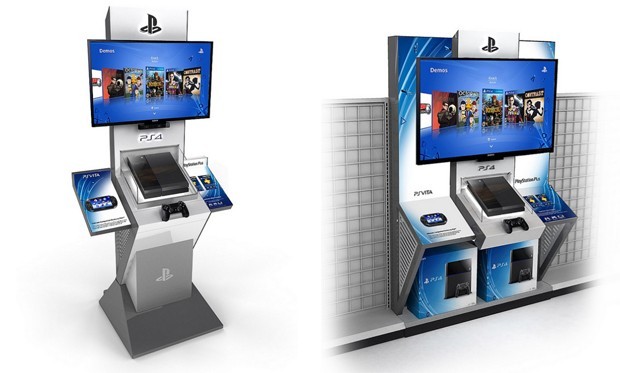 At just under a month from launch, the PS4 demo units are on their way to retailers throughout the US.  Sure it’s just the demo units, but who wants in on some sweet sweet PS4 goodness?  Right now they only seem to be at Sony owned stores but keep checking this map site for updates in your area.  BTW, what’s the over under on when the first unit gets stolen or broken by a Microsoft Fanboy?

IMGUR user morbidreaper has confirmed that they are in fact being received for install. One thought on “KEEP CALM! PS4’s Are Heading To Stores!”