Prior to the doors opening up for E3, I headed over to the NOVO next door to EA Play to get my hands on what EA had coming down the pipeline. This allowed me to get hands on in a 64 player multiplayer battle of Battlefield 1, the latest installment from EA and DICE coming out October 21st, 2016. Before they let me get hands on, they sat us down in a theater room and made it very clear that we are not allowed to take any pictures or video of the videos in the theater room or of us playing the game, which is fairly standard affair at E3. They did not however tell us that we couldn’t write about our experiences, so here we go.

After the warnings and everyone was seated in the theater room, they started off with the original announcement trailer that you can see above. They then went into an explanation of how Battlefield 1 works, explaining the various environments you’ll be playing in that range from Arabian Deserts to the forests of France. Battlefield 1 once again features Assault, Medic, Support, and Scout classes that should all be fairly familiar to those who have played Battlefield games in the past. What’s new this time around is the Tank Commander and Pilot classes that chosen when you decide to spawn on a base that has vehicle options. No more will you be waiting around for a tank or plane to spawn, as in Battlefield 1 you select the type of vehicle you want and if it is available, you’ll spawn controlling it. You’ll have various options to choose from, on the plane side I saw a Attack, Bomber, and Fighter, while on the vehicle side I noticed  light and heavy tank options. After the intro, they ended it with the new trailer that debuted on Sunday. 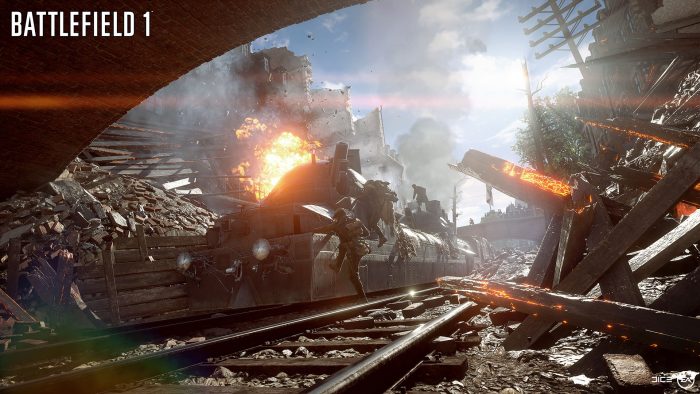 Once I finally got to a station and was able to select my class (medic for me) and deployed, my draw hit the floor as I looked at my screen and how beautiful the game looked. This shouldn’t have really been a shock as Battlefront and Battlefield 4 were both really good looking games, but I’m still not used to this visual fidelity that the Frostbite engine brings. War may be ugly, but Battlefield 1 makes ugly look really, really good. The sound design is also fantastic, and adds to the experience. Then there is the destruction, from blowing up a wall to make a new path or take away cover to creating a crater in the ground that really just adds something unique to Battlefield games and brings you into it that others have not quite yet managed. Now, if they could just get in on the whole VR thing, that would be amazing.

My first vehicle experience was with a heavy tank, which had 6 player spots in it. As the tank commander, I drove the tank and controlled the main cannon, which in this case had a very limited range of motion. I was only able to aim it directly in front of the tank as it did not have  a turret, damn WW1 tanks. This however didn’t stop me from wrecking shit, as I took out several enemy players and 2 other tanks, the first of which came up on me out of thick fog that had rolled in over the battlefield, causing me not to noticed him until it was roughly 10 yards from my tank. The second vehicle I choose was an attack plane, which was much more short lived as I crashed quite early on, so needless to say I won’t be flying much at all once Battlefield 1 comes out. 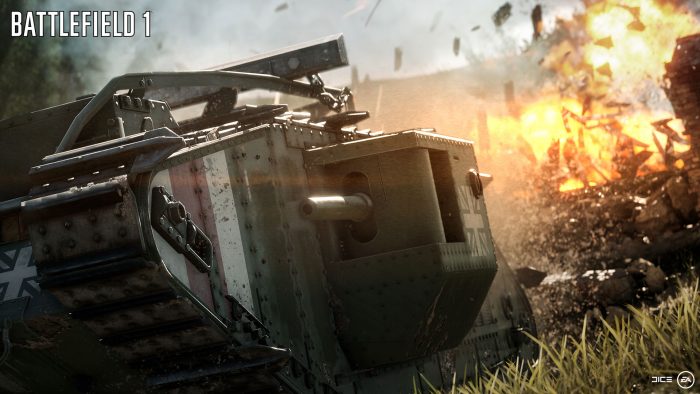 Whereas Battlefield 4 had major set pieces in the maps (storm rolling in, map flooding, or collapsing a building), Battlefield 1 has what is refers to as Behemoths. Behemoths are the largest player controlled vehicles in Battlefield, which can be a giant Zeppelin that drops bombs and has several gun stations to a Battleship or Armored Train. In the map I played, the Zeppelin was present and was truly massive as it flew over the battlefield, unfortunately for me, it belonged to the other team. Behemoths aren’t some invincible thing either, as they can be destroyed in spectacular fashion. Taking out the Zeppelin for instance will be it crashing down to the ground in a beautiful, giant fireball. 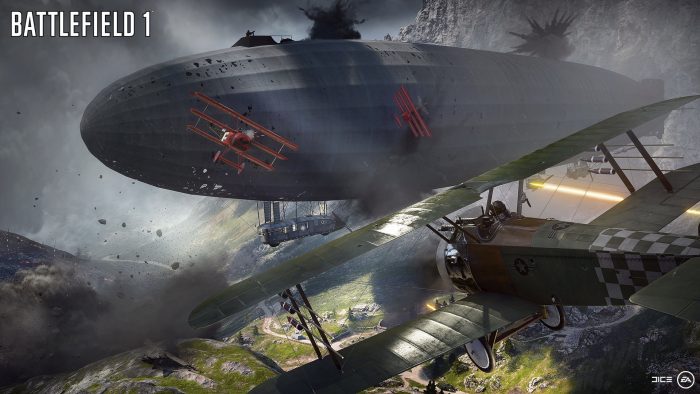 While the game played really well, my machine didn’t make it through the entire match, as near the end it went full red screen as the graphics driver gave up. I was lucky enough to jump over to another machine to finish the game and making room for the next batch of gamers. Hopefully by release they can fix the driver issues I encountered and can have a smoother release than Battlefield 4 saw, because this game was seriously awesome and I can’t wait to play it again and dive into everything I wasn’t able to. You can preorder it by clicking the image below.