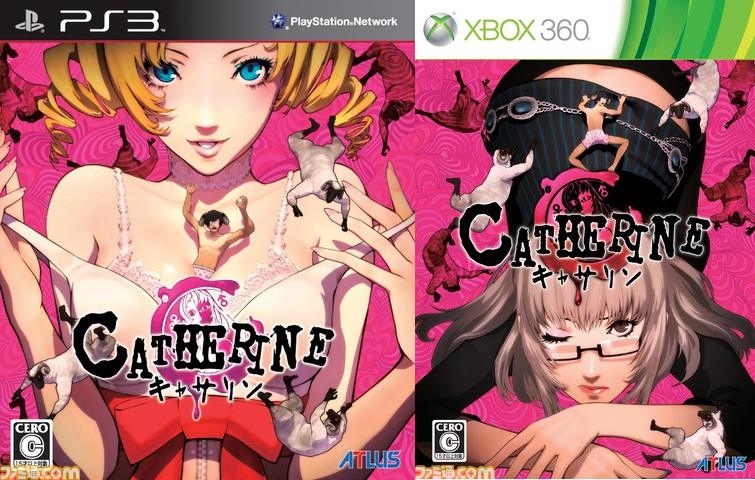 Time : You want that in hours or weeks?

What do you get when you cross a puzzle game, a platformer, a dating sim and an anime? You’re looking at it. Sound odd yet intriguing? I thought so too, so I took this acid trip filled journey down to rabbit hole to see what this game was all about. I warn you though; the way I look at some games has forever changed after playing this game.

First off, I don’t really know what category to firmly place this game in. I mean sure it’s a puzzle game, your moving blocks around to create a pathway to the top of a seemingly endless mountain, but it’s also a platformer that has you traversing the mountain quickly before either the blocks fall away or your killed by a giant hideous deformed monster created by your fucked up subconscious. Oh, by the way, did I mention that that’s only about 2/3rds of the game play too? That’s right, in between you 9 nights of anxiety producing nightmares, you basically just walk around and talk to people in a bar. This will all make a little more sense when I explain in detail in just a minute, but right now I’m still trying to place this in a genre. I guess the best genre to place this in would be just to say this game in unequivocally Japanese. That’s about all that I can do to describe it I guess (and trust me, Jason and I talked about this while before coming to this conclusion). All of the weird events, the artistry, the extremely long anime cut scenes, and just the movement of the story all SCREAM Japanese. There’s just no other way to describe it. That’s not to say that this game can’t find a loving home in the US, it just has a very hard uphill battle to fight to do it.

The basic premise is that you’ve been dating a girl named Katherine for many years and are uncertain of where you want to go with both your life and your relationship. One night you go to bed and have a VERY weird dream of upright walking sheep, moving blocks and traversing a large mountain. When you wake up the next morning, you find a beautiful blonde girl named Catherine (not to be confused) in your bed with whom you apparently did the deed with many times over. As the main character freaks out about this and starts wondering what to do, that’s where the bar interactions start taking place. While in the bar you start hearing strange rumors of men dying in their sleep, and as you progress through the story more and more people start dying.

The game brings some interesting mechanics to your interactions with the people in the bar and both Katherine and Catherine. First off, almost everyone in the bar will start having the same nightmares but you’re the only one that will really start piecing the things together. As you talk to more and more people, your karmic meter will start swaying towards the right (good) and the left (not good?). What’s great about this is that the game then makes tiny arcs depending on which side your meter is pointing and just how far to each side it goes. As you’re in the middle of a conversation with Katherine, trying to keep yourself from getting caught, your responses to her will change and the stories narrative will get slightly skewed in that direction. This will also affect the text messages that you receive while you’re in the bar as well. You will receive texts from both K & C (it’s easier this way) and your response to them will greatly effect how you’re viewed by them. To add a more “Japanese” style to the game, C will send you risqué photos that you can only view from your phone while you’re in the bars bathroom.

The game does a really good job of blending amazing cell shaded graphics (some of the best I’ve ever seen and Japanese developers are really starting to step up in this department) and really well drawn anime cut scenes. I wish that they could have had more of the actual anime, but it would have made it harder for them to integrate the adjustments to the story that your actions are making. On the plus side of less scenes though, there is a major volume difference between the game and the cut scenes. You will be playing the game at what you feel is a good normal volume and then all of a sudden BAM, you just woke up a neighbor 3 houses down. Thankfully there aren’t any explosions or what not, but some of the sound effects and yelling can be a little jarring. 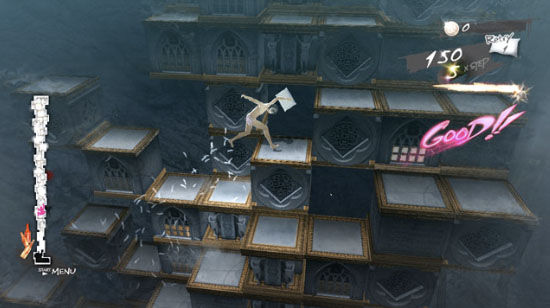 The puzzle/platforming section is both solid and unrefined at the same time. While the mechanics of the different styles of blocks work really well, and the crazy mixed up dream work physics kick in to help this, the actual movement of your character can be lacking at some times. While in the bar, the drunker you get the fast Vincent will move during the dream. This is great because it helps you avoid traps and traverse the mountain a lot faster, but it can wreak havoc on controlling in the 3D landscape. While hanging off the sides left and right would constantly change to whatever the game felt was correct, and I constantly found myself over shooting the intended block or grabbing the wrong one because the game couldn’t keep up to speed with me (one time I even made it up a staircase faster than the game could process and got stuck on the back side). I’m sure for some people they would be able to just shrug some of these items off, but since I’m not exactly the world’s biggest fan of puzzle games it started to grate on me. This game took me well over a month to complete, and that’s not just because it long (at one point you think the story is over but then you have a couple more hours of gameplay left) but because I would just get so frustrated with the levels and the mediocre controls that it took a lot to motivate me to complete this game. 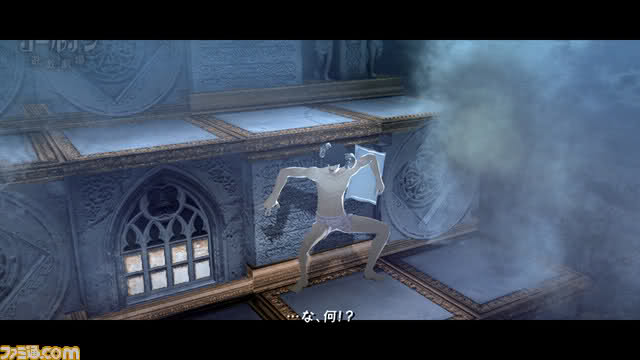 Don’t get me wrong, it’s actually a good game and if I liked puzzle games more I would play through it many times to get all of the different endings, but this game just didn’t do it for me on a grand love scale. If you’re a fan or puzzlers, and want to partake in a pretty engaging story, by all means pick this game up. If only for the fact that it will help the developer make more groundbreaking games, you should buy it. Unfortunately for me though, it’s not a keeper. At least I BEAT IT FIRST!