The Battlefield franchise has been near and dear to my heart since it burst on to the scene with Battlefield 1942. The franchise has rarely stayed put, moving from 1942 to Vietnam, then the modern era with 2, only to jump to the future with 2142. Majority of games have been set in modern times, with the last entry jumping all the way back to WWI with Battlefield 1. It was a safe bet that following it, Battlefield would return to it’s roots in WWII. Today we got the answer that it is indeed returning to WWII, just as Call of Duty did last year to great success.

The V in Battlefield V stands for 5, as this game is set to drive the series forward in a big way. The mainline Battlefield series tends to release a numbered entry, then a x.5 style entry, then back to a numbered entry. Battlefield 1 being the 4.5 in this case. The V can also stand for V Day, or Victory in Europe day, celebrating the allied victory in Europe, so EA and DICE could be going for a double meaning here. That said, with this being a numbered release, it should move the franchise further in a significant way right? 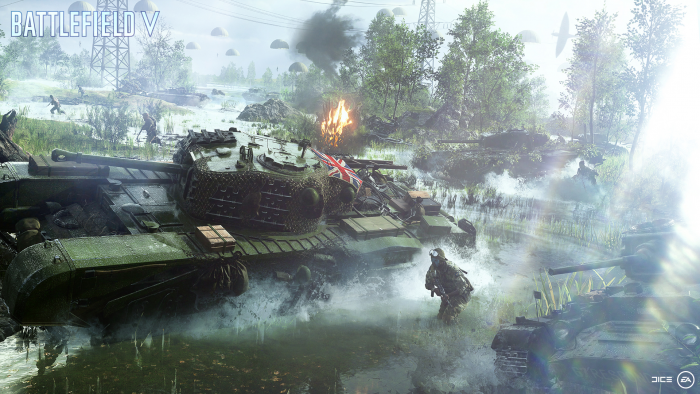 There are some changes to how the game itself plays. You’ll be able to create structures such as sandbags, and depending on your class, even anti tank guards. You know the ones, those big metal X things. While prone, you’ll also be able to roll onto your back, allowing you to effectively fire as you crawl backwards. This also works while sliding down hills. In multiplayer you also won’t start with a ton of ammo and can’t fully regenerate your health. This will require you to work with you squad to keep you healed up and supplied with ammo, or find an ammo stash somewhere and stock up. This could be PUBG showing a little influence over how the game plays, as you’ll need to find resources to be truly effective, while encouraging the squad based combat Battlefield is meant for. 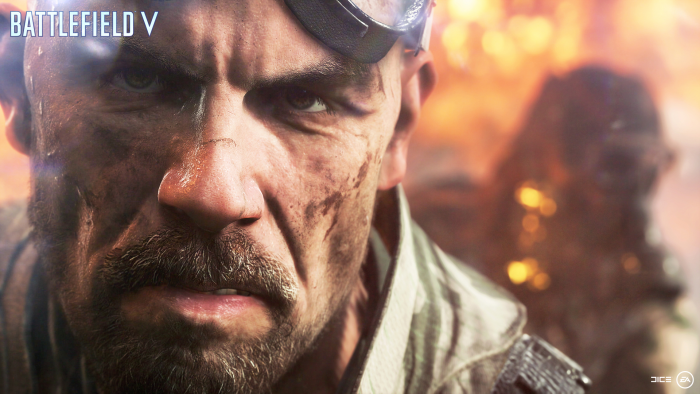 There are two new multiplayer modes in Battlefield V, Combined Arms and Grand Operations. Combined Arms is a co-op mode for up to 4 players. This is meant for new players to the series to get their feet wet in the squad based combat and give a challenge to veteran players. Combined Arms will keep the action at the highest levels of intensity you see in competitive multiplayer matches. The other game mode is Grand Operations, which is an evolution of Operations from Battlefield 1. In Grand Operations, you’ll play up to 4 matches, with each one deciding how the next one will play out. Win a match, and you’ll have more resources available in the next match. Should the third match end in a draw, a fourth match will begin that will be sudden death. You die, you die. There’s no coming back, well, unless someone revives you. Grand Operations is all tied to what they call Tides of War, which will change up the locations as time goes on. This will be the Battlefield version of Seasons in other games. 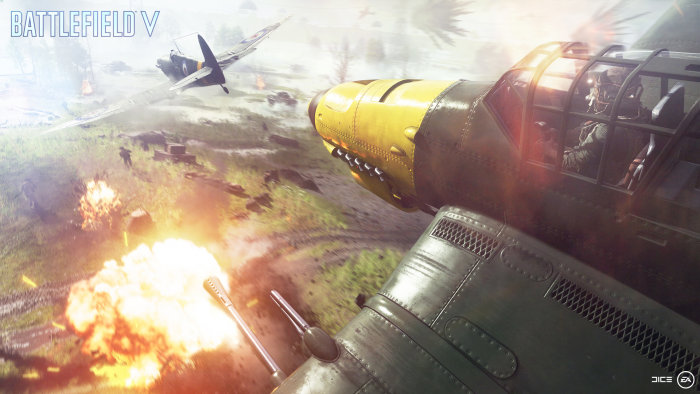 Unlike CoD: Black Ops IIII, Battlefield will feature a single player campaign that takes you to areas of the European theater not often shown. North Africa, the French countryside, Norway, and the Battle of Rotterdam will all be featured. You will also be able to fully customize your character in BFV. DICE has claimed an unprecedented amount of character customization to make your character truly yours. There will be an option to buy cosmetic upgrades, but all weapon and vehicle progression will be made in game. EA knows they messed up with Battlefront 2 and Loot Boxes, so BFV won’t have loot boxes or any game impacting purchases. Not only that, but they also did away with Battlefield Premium. All future game modes and maps are free.95. EA wants you to know that it’s really sorry.