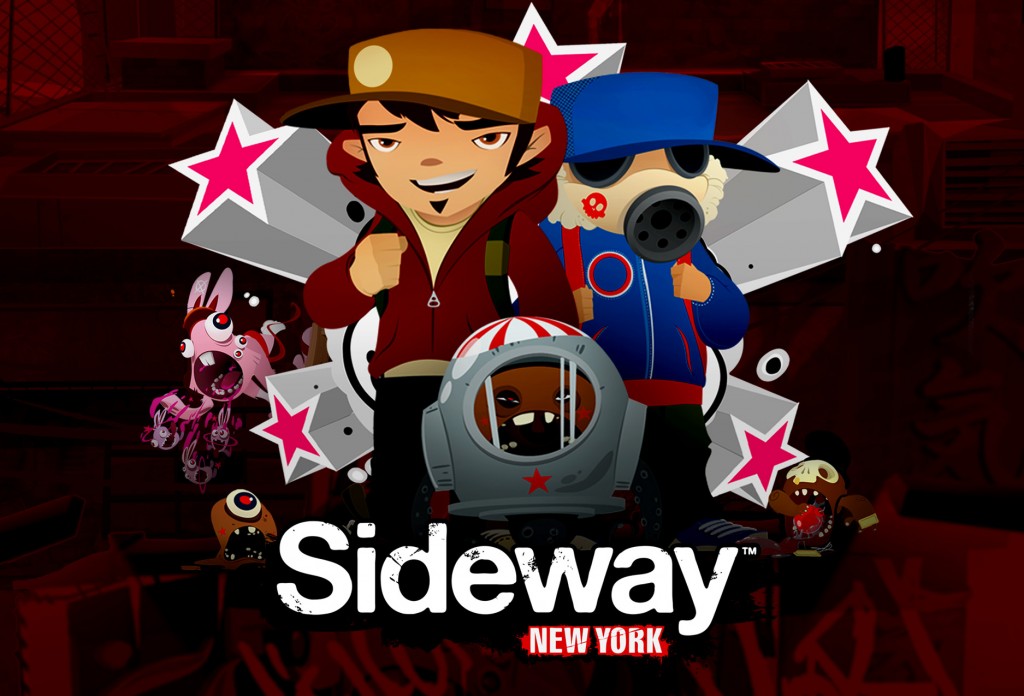 Sideway New York piqued my interest when it first came out as the premise sounded very interesting and despite my lack of artistic abilities I’ve always enjoyed graffiti art.  In Sideway you get sucked into the world of street art and become a graffiti image yourself.  A 3d platformer on a 2d plane the world moves around you as you make your way across street signs, buildings, rooftops and cars.  Although this is new and interesting take on typical sidescrollers the end result felt a little flat.  My biggest complaint is the lack of art in a street art game.

Look a the image above,  this is obviously a company provided image but it gives you an idea how the game works and looks.  You are a flat image traversing a 3D world.  Even just looking at this image can give you sort of a “whoa now that’s interesting” feeling,  but look at the image again.  If I were to tell you this is a graffiti art style game would you believe me?  Now for me, at the top of art style for graffiti games is Jet Set Radio, that game was oozing style and flare, Sideway on the other hand…well, it just looks bland as hell, and for me this was the biggest down fall.  Even the enemies are unimaginative and simple, sure there are some moments that you think the game art is really going to take off, but over all it almost feels like the game developers had never seen real amazing graffiti before.   Despite being a fairly fun game Sideway is destined to be lost and forgotten as another generic platformer, and that is a shame as it had so much more potential.

“But Jason, its just a game art isn’t that big of a deal to me”

Then by all means, Sideway is actually a pretty fun game and the platforming can be challenging and rewarding.

Sideway: New York is only available on the PSN currently free for PS+ members.