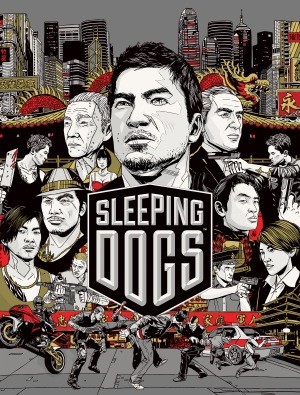 Time to Beat: About 25 hours

Sleeping Dogs has had a rough ride getting to the public eye. After being canceled and picked up again and a name change it was hard to think that such a project would ever come to light. However, despite its downfalls Sleeping Dogs is a great distraction from those eagerly awaiting GTA5.

I’m calling this a bargain bin review because the game has been out long enough that you can get it for very cheap, or if you are a PSPlus member, for free. Since the game is now so cheap I will review the game on a more, lets say, forgivable scale. So just remember full price games = harder reviews, cheap games = relaxed reviews.

Story: You are Wei Shen, a deep undercover cop infiltrating one of the biggest Triad groups in Hong Kong, the Sun On Yee.  Sleeping Dogs story line plays out like any other undercover cop drama, there are times where you feel like the main character is getting too involved with the gang, or if they are still a cop or not, they played on this line a lot but nothing really came to fruition on either side.  Also the story line itself was a little predictable taking influence from other games of this style *cough* GTA *cough* and who can blame them.  At times it was kind of annoying how predictable it was,  just like if I were to tell you there is a wedding in the game, yeah you see, predictable, but I guess also expected.  I will applaud Square Enix, however, for taking up the game and making it actually enjoyable and if you can get around some basic gaming hick-ups you will find yourself having a lot of fun.

Graphics:  Obviously with its history of being dropped by Activision and almost being lost in development hell, there were some short cuts taken to get Sleeping Dogs released.  Stepping back Sleeping Dogs looks every bit as good as GTA 4, however once you start playing or paying attention you will quickly notice the lack of polish a major title usually has.  Problems like, popup, major clipping, dull AI, repeated textures and an empty city are a bit odd at times but it does not deter from the overall very good gameplay. 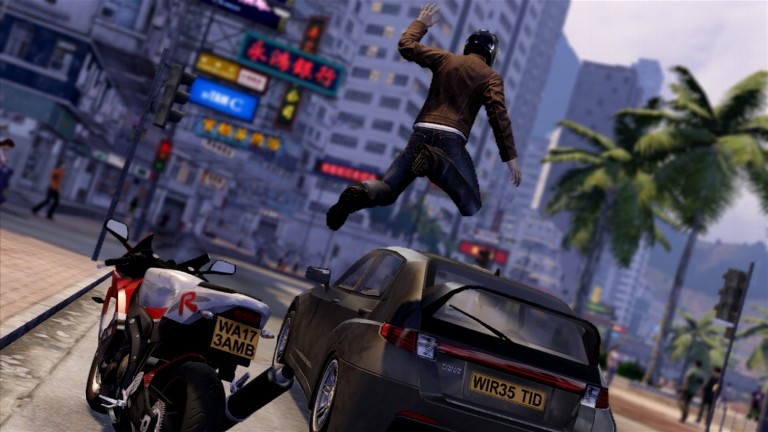 Gameplay:  Here is where Sleeping Dogs really shines.  Rather than being another typical Sand Box shooter, with guns and explosions around every corner,  Sleeping Dogs focused on Hand to Hand combat and Kung Fu.  This opened a whole new dimension in style for me, as I found myself opting to not use guns all the time just because it was way more fun to go all Bruce Lee on a group of dudes.  Obviously guns are still available and are a requirement for a multitude of missions (especially closer to the end of the game) but taking on a group of 10 guys with your Kung Fu skills was fun and rewarding.  Also I will say that car “combat” in Sleeping Dogs was a lot more fun than any GTA to date.  Nothing like leaping from your motorcycle onto the back of a truck, while shooting at another car, at high speeds to get your adrenaline pumping.  Another interesting change to the sandbox style is the way you gain experience/level up.  There are two types of experience given within the game a “Cop” score and a “Triad” score both of which are needed to get better combat skills. Since you are a cop, ramming random cars or killing innocent people during a mission will lose you points, forcing you to act like you give a damn about the people you are trying to save or drive carefully.  Alternatively doing damage to enemy cars and pulling off sweet combos against thugs will give extra Triad points.  Thus making you play a Ying Yang sort of style were you play as both good guy and bad guy to get as much experience as possible.  (ying yang, Chinese, get it? haha)

Sound:  In my opinion, for a game taking place in Hong Kong, there was Waaaaaaaay too much English.  Now I understand that not every gamer out there is going to want to read subtitles in their action game, but come on, I think there was only one person who solely spoke Cantonese in the game.  Even some NPCs on the street would yell at you in English, really broke the feeling of being in Hong Kong and not just another “China Town  USA”.

Overall:  I could gripe a lot on this game, there were obviously so many parts of this game that if given more time, or a less sordid background, could have really shined, but instead they were left unfinished or lacking.  However if you can find this game for cheap or join PS Plus it is well worth your time, especially if you are really itching for that GTA fix and cant wait till September.