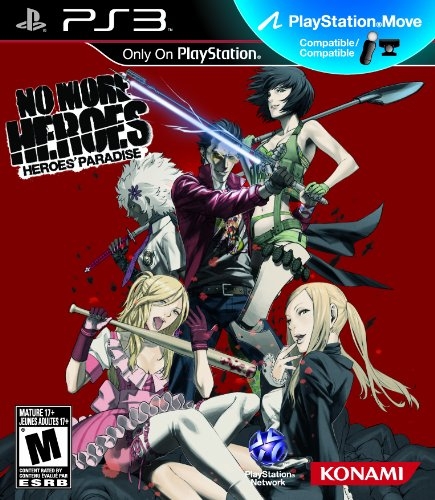 I bought a Wii a long time ago and played on it a lot for about 6 months…then it seriously sat there, untouched, for well over a year (possibly even close to 2).  With much, MUCH, better graphics on the PS3, the games were just too ugly and childish to get me to play it.  Seriously though; what’s the point of having a beautiful HDTV when your game console only does SD graphics?  With the advent of the PS Move, for my PS3, I summarily sold my Wii and moved on to the world of motion controls with the much needed HD graphics.  No More Heroes: Heroes’ Paradise is basically a higher res version of the original Wii game ported the PS3, with a few minor tweaks and additions to make it feel complete.  After playing the demo, is it going to be worth the $40-$60 retail for a rehashing?  Read on to find out. 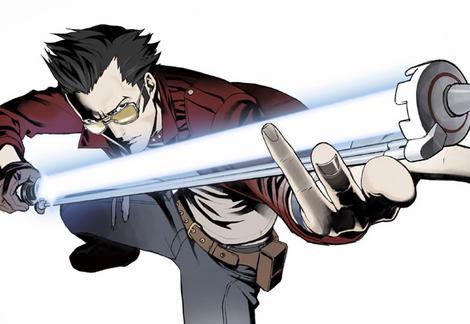 The premise of the game is rather simple, albeit convoluted.  You’re Travis Touchdown, a DB/Hipster dressed gamer who has run out of money because he spent it all on booze and women (most gamers have no idea what that feels like), so he decides to become an assassin to make money.  You wield a copyright frightening light saber that is cool, but not as cool as the Jedi real McCoy. The power is not infinite so you do have to charge it up to use it by, and I’m not kidding about this, basically masturbating on screen (you don’t “whip it out” but basically that’s it).  You start the game as the 11th ranked assassin in all the land.  The demo only takes you through the quest to kill number 10 (who looks like a cross between Ted Nugent and a Yakuza hitman), but the one level is plenty long enough to get the feel for how the game will be.   You’re egged on by a mysterious girl who appears to be at the center of the entire assassin network.  This girl calls you and tries to psych you up by using almost every movie cliché in the book (seriously, she strings together a number of sentences consisting of “Eye of the Tiger”, “Assassin Full Throttle” and “Show no Mercy”).

The basic controls are simple enough, and require the use of 2 controllers if playing with the PS move.  If you’re like me, and haven’t purchased a PS move navigation controller, using the standard controller in your left and the Move in your right is plenty comfortable enough for play (except the select and start buttons are a little out of reach).  You get an auto lock button that helps keep focus on one enemy and also auto blocks and parries most attacks (which is very useful when you come across enemies with guns and a boss that does 20+ lightning fast attacks in succession).  The game has a long tutorial at the beginning but it’s 100% necessary.  You don’t just swing your Move controller around to slash; you use it for gesture based special moves and finishers while you press the “move” button to do the slashing (kind of like if you were just playing with a regular controller).  While you’re definitely not going to get a work out playing this game, it flows together quite well although switching between high and low guard swings can be a little sluggish.  You also can perform throws and wrestling moves (which the story says you learned while studying to be a pro wrestler in Canada?!?) on stunned enemies. 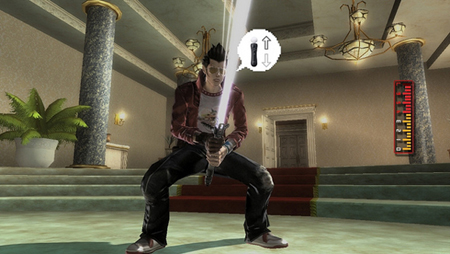 All in all, the game play is actually really good, and works really well on the PS Move.  However, I don’t think the game is really worth the amount of money that they are asking for it.  You can get both Wii games for under $15 each.  The graphics, while definitely in higher resolution texture mapping than on the Wii, are still only really Wii caliber in their construction.  The landscapes are a bland and simplistic and definitely what you would expect of a full priced PS3 game.  I might sound a little cynical, but my feeling is that this should really only be a Play Station Mini priced game instead.  I liked the demo and had fun playing it, but I’ll be waiting for this one to go to the bargain bin before buying.  Once it does though, I will give a full review letting everyone know…I BEAT IT FIRST!