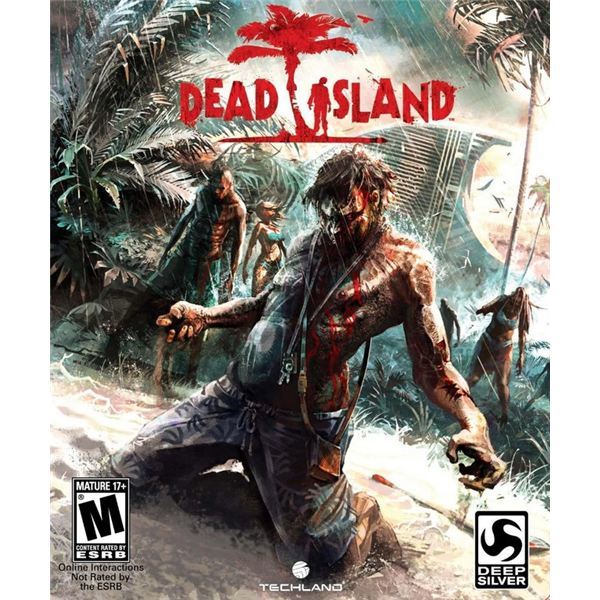 Time : 32 hours to do just about everything, tons of exploring.

Over the holiday season I decided to pick up a few games on the cheep.   I had let Dead Island pass me by when it was newly released as the idea felt a little too familiar, think  Borderlands: Island of Dr. Ned or Left 4 Dead.  Regardless of my predisposition the game did deliver…

Sorta.   The best way to describe Dead Island is to take Borderlands quest type gameplay with drop-in/drop-out anytime multiplayer and add the hectic stress of  Left 4 Dead’s hoards of Zombies.  The game is set up for multiplayer as each of the 4 characters you can choose from have their own special abilities and benefits to battle the scourge….sound familiar yet?  Also you and your team are immune to the effects of the zombie “virus” so it sets up the entire game for fetch quests.  Quick warning for people who have not played this game yet, although it is set in FPS style you spend most of the time wielding baseball bats, hammers, Machetes, axes and whatever odd object you can find as a weapon.  I played the entire game with only 2 guns, and I would only use them in gun fights with other humans, as nothing beats an electric machete when dealing with the undead.

Story:  Dead Island takes place in on the resort island of Banoi when, suddenly, the Zombie Apocalypse.  Yadda yadda yadda you wake up in your hotel room and need to escape.  What follows is one of the longest escape attempts I have ever seen when dealing with Zombies all over the entire island.  Fighting not only Zombies but also Gangs, policemen and other Survivors, you and your team will be sent through hell and back to be the saviors of Banoi, why? I don’t quite know, but you will battle the odds to survive.

Gameplay:  The game is actually quite fun and satisfying.  The game is also extremely graphic and getting that new bad ass weapon to cleave the heads off of zombies with is a great stress reliever.  However, most of the time is spent looting everything you come across looking for spare parts to build new weapons.  At its core Dead Island is a quest game, as you will come across different locations with survivors, these survivors will give you all kinds of random quests since you are the only person on this island who is immune.  This leads to the most annoying part of the game… Get me some water, I heard a noise check in the other room for me, we need food..get us some, get me some drugs, get some more gas, get this, get that, get my fucking Teddy bear, GET BENT! Seriously,  even though I am immune to the virus it doesn’t mean I can’t die, and there are PLENTY of things out there to kill me.  However, death is only a minor problem you lose a little bit of cash as a “death penalty” but you will just spawn right outside the area where you died and whatever killed you will still be there with only a sliver of health remaining.  This made dying more of a inconvenience then a penalty and usually ended up with me taking bigger risks, besides I could just loot my money back.

Graphics/Sound:  The graphics are very nice, especially in the resort location with all the beauty of a tropical island and 5 star resort marred with zombies bodies and blood EVERYWHERE.  Tossing a molotov cocktail into a pool full of zombies and blood never looked so good.  However, the load time was horrible, obviously installing the game helped but it never fixed all of the popups, at times it even made me feel like I was playing Halo 2.  I had a love/hate relationship with the sound.  The Zombies, and all the variations, sounded amazing and easily added to the stress, nothing like crawling through the tight sewers and hearing the ghastly moan of a Suicider, or turning corner to hear the barking growl of a Ram. Although the Zombies sounded amazing the rest of the environment was lacking Fire didn’t really make a sound and same with waterfalls, small problems sure but just saying, they focused on what was important.

Gripes:  There was a reason why I said Wait For The Bargain Bin on this one and the number one reason is…the game got boring quick.  If you are a marathon gamer this may not be the game for you as after a few hours of chopping up zombies it can get a little stale, I kept coming back the next day, but I was only willing to stick around for so long.   One thing I’m also not a big fan of is repeating quest requests.  For example, I just got back doing a major mission clearing out the police station it was an annoying mission but I got it done, only once I return does all the other requests come in for me to return to the police station.  I know its a tactic to extend the gameplay time but ugh really, you knew I was going to the police station before WHY DIDN’T YOU ASK ME BEFORE?   Respawning enemies was another problem I had with the game, I know its just so that I always have something to kill but there was more than one time when I would turn around after killing one guy just to have him back and attacking me, usually its not a big deal but its annoying when I’m trying to loot and each kill keeps taking away from my…. Weapon durability, everything you hit with your weapon slowly makes it worthless, obviously this is just to keep the game from being too easy but it forces you to carry multiple weapons just so you can always have a backup and then it costs money to repair them.  And that brings me to my final gripe..Money, who the hell cares about Cash when its zombie armegeddon?  And who am I paying to repair my items?  Do I just leave the thousands of dollars on the workbench?  I can forgive the use of money when trading with other people as it makes it easy to understand, but seriuosly, who the fuck is taking my money to repair the weapon that I made in the first place?

Likes: Dead Island actually did a good job making a long cognitive story, especially for this type of game, made it more worth the cost.  Although I’m sure a lot of people would be turned off of the fact that Dead Island isn’t a full on shooter but I kind of enjoyed the more realistic take with guns not being everywhere and having to improvise.  And finally if there is one thing Dead Island did well it was the Weapon Mods.  The Weapon Mods were little recipes found all over the island explaining how to use all the shit you’ve been looting to make even more crazy devastating weapons.

All in all, Dead Island was far from perfect it.  Although I would complain about the game getting stale, I still couldn’t wait to get home from work the next day to lob some heads.  The replay-ability isn’t there for me but in the end I didn’t hate my trip to Banoi.

Spoiler Alert:(highlight to see) I also enjoy at the end, when we just ditch everybody we worked so hard to save.